Sharon Stone eventually replied: "I've been in this business for 40 years... I've seen it all" 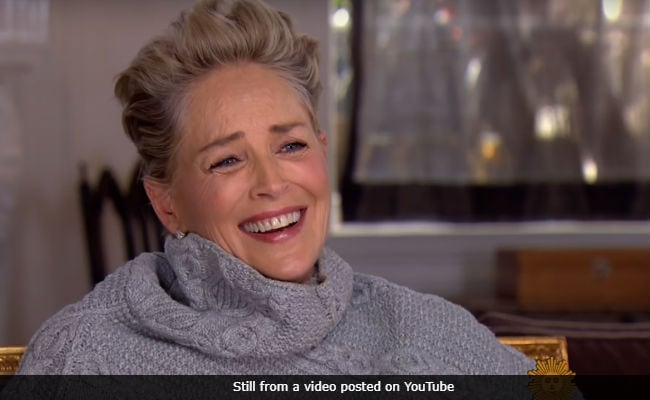 Sharon Stone will be next seen in Mosaic. (Image courtesy: YouTube)

New Delhi: Actress Sharon Stone, whose most notable films include Casino and Basic Instinct, laughed for 10 seconds (which would make anyone uncomfortable) when she was asked if she had faced sexual harassment in her four decade long career in Hollywood. CBS News correspondent Lee Cowan asked Sharon, "Were you ever in a position like that, that you felt that you were uncomfortable?" and she laughed. After a few seconds she answered the question, which was as chilling as Ms Stone's laugh. "Oh, I've been in this business for 40 years, Lee. Can you imagine the business I stepped into 40 years ago?... Looking like I look, from Nowhere, Pennsylvania? I didn't come here with any protection. I've seen it all."

Sharon Stone recently walked the Golden Globes red carpet with her son Roan Joseph Bronstein. The mother and son duo supported the red carpet blackout, an orchestrated move designed by top Hollywood actresses in support of 'Time's Up' and 'Me Too' campaigns. "We're starting to acknowledge our own gifts as women and not think that we have to behave as men in order to be empowered or powerful or valuable," she told CBS News. Sharon Stone will be next seen in Mosaic, an interactive film directed by Steven Soderbergh. In 2001 Ms Stone suffered a serious brain hemorrhage, which significantly altered the course of her career. "Others aren't that interested in a broken person," she told CBS News.