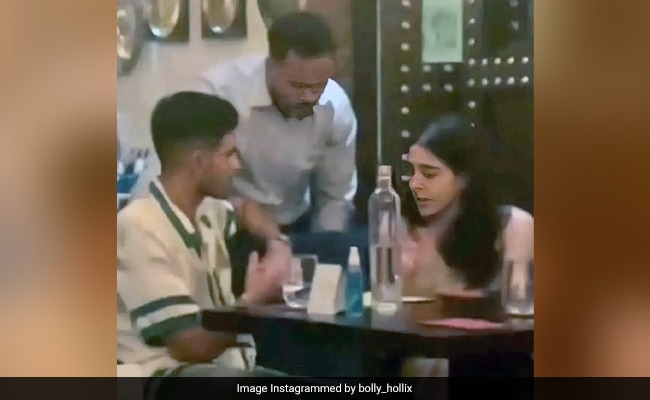 Actor Sara Ali Khan and cricketer Shubman Gill topped Twitter's trends list after a picture of them together at an eatery went viral on the Internet on Tuesday. The picture has been shared by several Bollywood fan pages on social media. The picture sparked dating rumours and #SaraAliKhan has been trending on Twitter all day, courtesy the aforementioned picture. Earlier there were reports that Shubman Gill was dating Sachin Tendulkar's daughter Sara. Meanwhile, Sara Ali Khan was previously rumoured to be dating Love Aaj Kal co-star Kartik Aaryan. In 2018, she confessed on Karan Johar's show Koffee With Karan 6 that she had a crush on Kartik Aaryan.

Sara Ali Khan, on the current season of Koffee With Karan, was asked by the "name of a boy you feel like you want to date today." Sara, who was hesitant at first, said "Vijay Deverakonda."