Viral: Is This Fatima Sana Shaikh's Look For Aamir Khan's Thugs Of Hindostan? 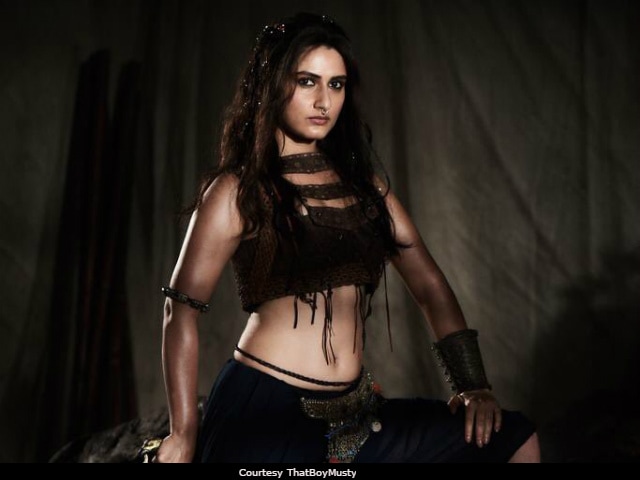 Fatima Sana Shaikh earlier confessed that she wanted to work in the film (courtesy: ThatBoyMusty)

New Delhi: Fatima Sana Shaikh has reportedly appeared for a look test for yet-another Aamir Khan movie. Yes, you guessed it right. Dangal girl Fatima is a reportedly being considered to star opposite the 51-year-old actor in Thugs Of Hindostan and a leaked picture of her dressed has a warrior has been going crazy viral on the Internet. The picture has been confirmed to be from her look test for the film, reports Hindustan Times. "Fatima's look test picture comes as a shock on several accounts. First, Fatima, who played Aamir's daughter in their last film, is auditioning for the female lead opposite him. Second, Aamir is known to never repeat his heroines. In this case too, technically, he won't be doing it even if Fatima makes the cut as he was paired opposite Sakshi Tanwar in Dangal," Hindustan Times quoted a source close to the film as saying.

Dressed in black and blue war-attire and heavy metallic accessories, Fatima features with a sword in her hand. Her expression is proof enough that this warrior will not be an easy one to handle.

Well, previously, Fatima had made her desire to work in the Vijay Krishna Acharya-directed film very clear. In an interview with news agency PTI, Fatima said: "What should I say? All I know is that a film named Thugs of Hindostan is being made. I am not playing any role. If I get it then good. Someone please give me a role in that film I want to do Thugs of Hindostan."

Promoted
Listen to the latest songs, only on JioSaavn.com
While not much is known about the film, one thing that's confirmed is the presence of Amitabh Bachchan in Thugs Of Hindostan. Only a few days ago, certain photographs of the veteran actor, dressed in a turban and sporting a bearded look, gave rise to speculations that his look from the film is revealed. Soon, Big B dismissed all such reports with a disclaimer: "This is from an ad, I worked in today, not Thugs."

Dangal marked Fatima's full-fledged Bollywood debut and cast her as Haryanvi wrestler Geeta Phogat. The Nitesh Tiwari-directed film is based on the story of Mahavir Singh Phogat and how he trained his daughters to be wrestling champions. Aamir Khan played the protagonist in what is regarded as his career-defining performance.

Fatima Sana Shaikh co-starred with Sanya Malhotra and Sakshi Tanwar in Dangal, which is Aamir Khan's last film so far. He will next be seen in a cameo in Secret Superstar. Meanwhile, Big B is awaiting the release of Sarkar 3.