"Peeche ja yaar (move back)," Kareena is heard saying in the video 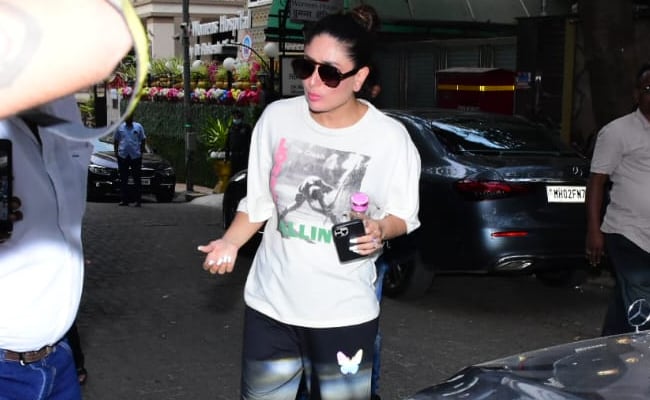 Footage that is now viral has captured the moment a paparazzo fell while taking pictures of actress Kareena Kapoor in Mumbai, allegedly because he collided with her waiting car. Kareena, dressed casually, was pictured exiting her friend Malaika Arora's home on Tuesday. She rushed forward as one of the photographers waiting outside to click her took a tumble; "mera pair (my leg)," he cries out. "Peeche ja yaar (move back)," the concerned star is captured on camera telling what appears to be the driver of her car. "Sambhalo yaar (take care)," she continues to the paparazzo before advising him not to run on the job. "Bhaaga mat karo, kyu bhaag rahe ho (don't run, why are you running?)" Kareena Kapoor says.

Have a look at the video:

Kareena Kapoor was visiting Malaika Arora who suffered minor injuries in a car accident this week. Several cars collided with her SUV on the Mumbai-Pune expressway near Khalapur Toll Plaza after which Malaika was admitted to Apollo hospital. She was discharged on Sunday morning; Malaika's sister Amrita Arora, who went to the star's residence, told ETimes that Malaika was fine. Arjun Kapoor, who is dating Malaika Arora, was also pictured visiting her.

Meanwhile, on the work front, Kareena Kapoor is awaiting the release of her much-delayed film Laal Singh Chaddha, alongside Aamir Khan. The film is slated to release on August 11, 2022. Also, she will be making her OTT debut with Sujoy Ghosh's next project, co-starring Jaideep Ahlawat and Vijay Kumar.