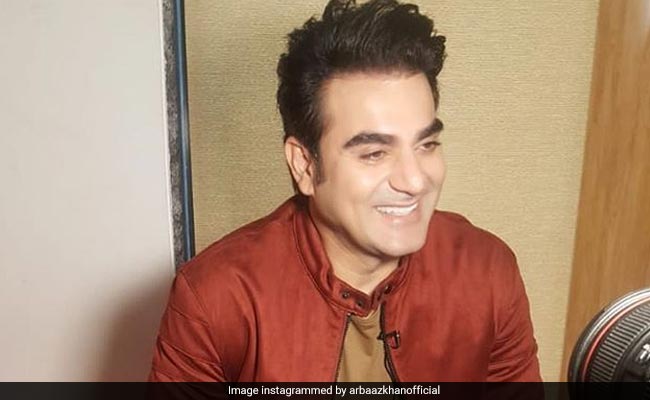 Arbaaz Khan, Malaika Arora and Arjun Kapoor were spotted on the trends list after Arbaaz's hilarious reaction to Malaika and Arjun's wedding reports went crazy viral. A video of Arbaaz Khan laughing on and jokingly trolling a journalist is being shared by fan-clubs, which claim that was Arbaaz's reaction when asked about Malaika's rumoured wedding. In the video, Arbaaz can be seen avoiding responding to the question and telling the reporter: "Kal batau, chalega?" while rest of the audience bursts out laughing. At one point, Arbaaz also says he needs to take a break because it's lunchtime, sending the audience into another fit of laughter. Take a look at the viral video here:

Malaika Arora and Arjun Kapoor have been burning up the trends' list with reports speculating details about an impending wedding. A piece in SpotboyE quoted a source to report that Malaika and Arjun have set April 19 as their wedding date and that other than the Kapoor cousins, the guest-list also includes names such as Ranveer Singh and Deepika Padukone: "Our well-placed source spills the beans that Malaika will walk down the aisle on April 19. The invitees list will of course have to-be-bride and groom's close friend circle like Kareena Kapoor Khan, Karisma Kapoor and their Bandra girl gang, with whom the couple usually hangs out. We also hear that Ranveer Singh and Deepika Padukone are also on the guest list."

Arjun Kapoor, known to avoid queries about his personal life, finally addressed wedding rumours earlier in March and said: "When there is something to talk about, you will all know," news agency IANS had reported. In an interview last year, Malaika avoided a similar question by saying she doesn't prefer her personal life to be in the limelight.

Malaika Arora and Arbaaz Khan divorced in 2017. Arbaaz is reportedly dating Italian model and actress Giorgia Andriani. Malaika and Arbaaz are parents to Arhaan, who was spotted bonding with Arjun Kapoor over lunch earlier this year.