Villain Trailer: Mohanlal Fights Demons Of The Past And Present

Mohanlal plays the role of Mathew Manjooran, a tough cop investigating a gruesome crime but the horrors of his past are influencing his present 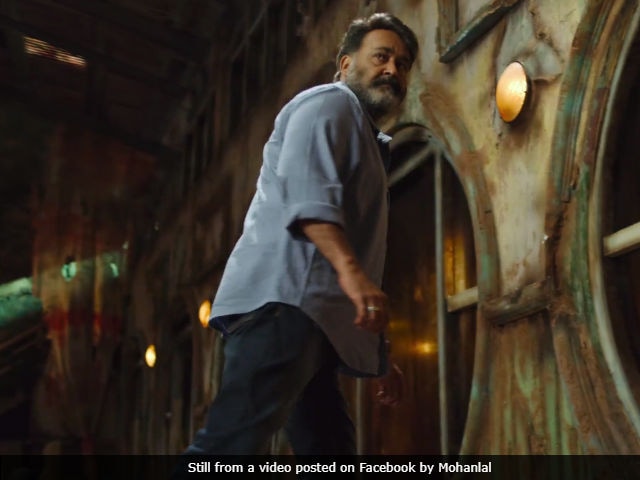 Mohanlal in a still from Villain. (Image courtesy: Mohanlal)

New Delhi: Malayalam star Mohanlal's new film Villain will be one helluva thriller, as is evident from the film's trailer, which released on Friday. In the one-and-a-half minute trailer the audience is introduced to Mathew Manjooran, a tough cop investigating a gruesome crime. From the trailer we learn that no one should mess with Mathew Manjooran (he beats goons to pulp) and that he loves Shakespeare's tragedies (he definitely mentions Macbeth). Mathew appears to be a man on a mission but there are true horrors in his past, which influence his present. The trailer also has a glimpse of Manju Warrier but her role and character remain as much a mystery as Mohanlal's character. The film also stars Vishal, Raashi Khanna and Hansika Motwani in pivotal roles.

Watch the trailer of Mohanlal's Villain:

Villain is written and directed by B Unnikrishnan. The film is expected to release later this year in 8K resolution. Villain is produced by Rockline Venkatesh.

Promoted
Listen to the latest songs, only on JioSaavn.com
Villain will be Mohanlal's fourth release of 2017 after Munthirivallikal Thalirkkumbol, 1971: Beyond Borders and Velipadinte Pusthakam, which released on August 31. Mohanlal is also filming VA Shrikumar Menon's Odiyan.

Next year, the actor will also start filming the screen adaptation of MT Vasudevan Nair's Randaamoozham, which will be made on a budget of Rs 1,000 crore. Randaamoozham is a retelling of the Mahabharata from Bheem's perspective and Mohanlal has been roped in to play the role of the second Pandava brother. The makers have also approached Telugu superstar Akkineni Nagarjuna to play the role of Karna, who was recruited by Duryodhan to the Kuru army when they fought their Pandava cousins.