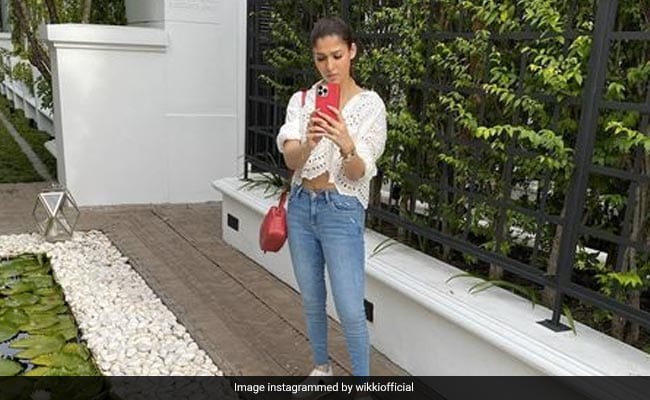 In the past few days, Vignesh Shivan has been giving fans a glimpse of his romantic time with Nayanthara in Thailand. On Friday, the filmmaker shared some more pictures from his honeymoon with his wife. On Instagram, he posted cute pictures of Nayanthara who is trying to click Vignesh from her phone. The actress is sporting a white top with jeans and a red bag, pointing her phone camera towards Vignesh and smiling. In the caption, the filmmaker wrote, "Me clicking her when she's clicking me," and added the hashtag "unwrap Thailand".

Take a look at the photos below:

He had also posted some adorable clicks when they left for Thailand. Nayanthara looked stunning in a yellow dress as she posed with Vignesh. In the caption, the filmmaker wrote, "In #Thailand with my Thaaram."

Nayanthara and Vignesh Shivan married on June 9 in Mahabalipuram, which is near Chennai. The couple, who had been in a relationship for a long time, tied the knot in an intimate ceremony with many stars in attendance. Rajinikanth, Shah Rukh Khan, Atlee, Ajith and Thalapathy Vijay, among others, had arrived for the wedding.

On the work front, Nayanthara and Vignesh's last collaboration Kaathuvaakula Rendu Kaadhal, which co-starred Samantha Ruth Prabhu and Vijay Sethupathi. Next, the actress has signed for a few projects of which Atlee's Jawan starring Shah Rukh Khan is among them. She will also feature in Chiranjeevi's Godfather.