Vidya Balan Says She Is 'Bored' Of The Nepotism Debate

"With due respect to everyone who has been involved in this controversy, I am bored of this," said Vidya Balan 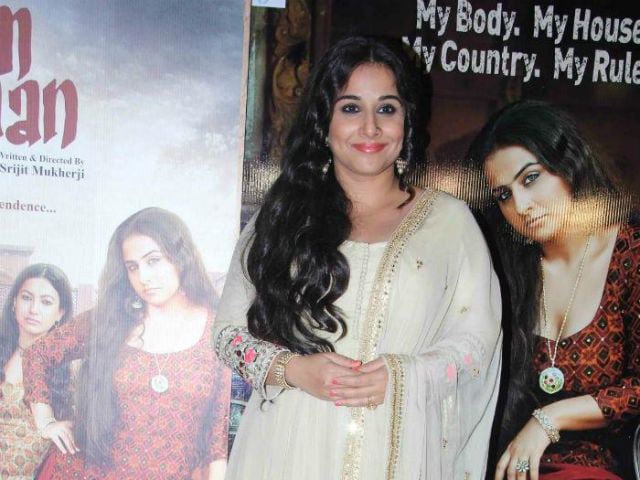 New Delhi: The debate on nepotism in Bollywood is taking a new turn every day and almost every Bollywood celebrity has an opinion on it. However, actress Vidya Balan told news agency PTI that she is 'bored of the topic.' "With due respect to everyone who has been involved in this controversy, I am bored of this. Who's on whose side, who is saying what. Today even if I read that word (nepotism), I turn the page," PTI quoted Vidya Balan as saying. The nepotism debate has been renewed post the IIFA Awards that were held on July 15. At the event, Karan Johar, Saif Ali Khan and Varun Dhawan took a jibe at actress Kangana Ranaut over her branding KJo as the 'flag bearer of nepotism' in Bollywood on his chat show Koffee With Karan.

"All of that happened a few months ago, now something new has happened. I am not interested, sorry," PTI quoted Vidya Balan as saying.

Vidya Balan recently completed the shoot for Suresh Triveni's Tumhari Sulu in which she will be seen playing the role of a radio jockey, Sulochana aka Sulu.

In the film, the 38-year-old actress will be seen dancing to Sridevi's popular song Hawa Hawai. Vidya Balan told PTI that the song will be a 'tribute' to the 53-year-old actress.

"Neha Dhupia, Malishka (a popular RJ) and I have performed on Hawa Hawai. It's a situational one and not a take-off from Hawa Hawai, it's a tribute to Sridevi. I had so much fun shooting. Now the editing is going on," PTI quoted Vidya Balan as saying.

Promoted
Listen to the latest songs, only on JioSaavn.com
Vidya Balan last featured in Begum Jaan, which was helmed by National Film Award-winning director Srijit Mukherji.