Surekha Sikri was admitted to a hospital in Mumbai this afternoon. 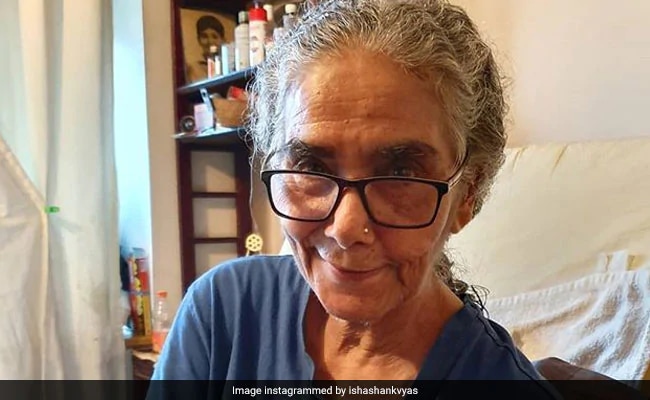 National Award-winning actress Surekha Sikri, 75, suffered a brain stroke on Tuesday. The veteran actress has been admitted to a Mumbai hospital and is currently in the ICU, the actor's agent Vivek Sidhwani told news agency PTI. He added that her health condition is "critical but stable." Surekha Sikri's agent added that the actress is being monitored closely. "She suffered a stroke earlier today. She is in the ICU (Intensive Care Unit). Her parameters continue to be monitored closely. She is critical but stable. She was admitted to a hospital in Mumbai this afternoon," PTI quoted Vivek Sidhwani as saying.

The TV veteran, in an interview with Hindustan Times, last year, revealed that she had a brain stroke in 2018 as well and that she has been recovering since then. "I fell down and hit my head in the bathroom while shooting in Mahableshwar. I have not been able to work due to my illness. The doctors say that I will be alright soon," she said in the interview.

Surekha Sikri, who received a National Film Award for the Best Supporting Actress for her performance in the 2018 film Badhaai Ho, collected her award in a wheel chair and was honoured with a standing ovation at the award ceremony held in New Delhi, last year.

Surekha Sikri is a recipient of three National Film Awards. The thespian has also starred in several TV shows. She is best-known for her performances in Tamas, Mammo, Salim Langde Pe Mat Ro, Zubeidaa, Badhaai Ho and the popular TV show Balika Vadhu. She was last seen in Netflix's Ghost Stories, in a segment directed by Zoya Akhtar.