Avika Gor wrapped her post with these touching words: "Dadisaa... I will always love you, my guardian angel." 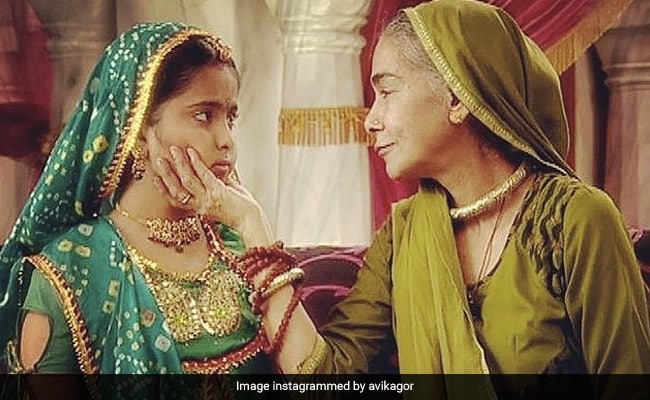 Avika Gor in a still from Balika Vadhu (courtesy avikagor)

Actress Avika Gor, who played the titular role in the popular TV show Balika Vadhu, shared a heart-warming tribute to actress Surekha Sikri, who died on Friday. Balika Vadhu aired between 2008 to 2016 - Avika Gor featured as the young Anandi for two years. When the show began, Avika Gor was all of 11 years old. Meanwhile, Surekha Sikri was cast as the matriarchal disciplinarian "Dadisaa" on the show. On the day of Surekha Sikri's death, Avika Gor, now 24, dedicated an emotional send off note to the late actress: "I have some amazing memories with Surekha Ji. Apart from being an incredible actress, she was a beautiful human," read an excerpt from her post.

Avika Gor said she always looked up to Surekha Sikri for being the inspiration that she was: "It was always difficult to match her energy levels during the scenes but she made sure I was comfortable every time I was around her and that taught me to be grounded. I have always wanted to be like her... hardworking... grounded... kind. She has truly left us a legacy to follow."

Avika Gor wrapped her post with these touching words: "Dadisaa... I will always love you, my guardian angel."

Surekha Sikri died in Mumbai on Friday after suffering a cardiac arrest - she was 75. Surekha Sikri was a three-time National Award-winning actress, whose was critically acclaimed for her theatre performances. Apart from Balika Vadhu, Surekha Sikri also featured in shows such as Ek Tha Raja Ek Thi Rani, Pardes Mein Hai Mera Dil, Maa Exchange and Saat Phere. She was last seen in Netflix's anthology Ghost Stories, in the segment directed by Zoya Akhtar.