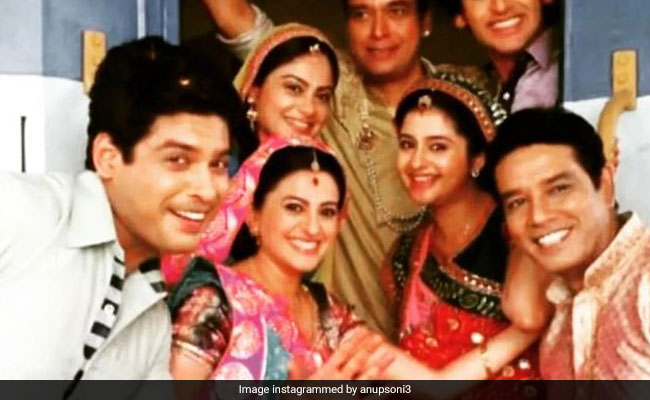 Sidharth Shukla died at the age of 40 in Mumbai on Thursday. His unexpected death has left his friend and co-stars "shocked." Actor Anup Soni, who worked with Sidharth Shukla in Colors' show Balika Vadhu: Kacchi Umar Ke Pakke Rishte, was among the many celebs who mourned the late actor on social media. Anup Soni posted a set of pictures, one of which is from the sets of Balika Vadhu, and wrote: "Siddharth Yaar...Uff... Unbelievable. Rest in peace Chhote Bhai. #shocked." The photo from Balika Vadhu set also stars Smita Bansal, Satyajit Sharma and Toral Rasputra. The other picture in the album features Sidharth Shukla with Anup Soni.

Sidharth died on Thursday. Initial reports suggested he had suffered a heart attack; Mumbai's Cooper Hospital, where he was taken, will conduct a post-mortem.

He made his acting debut with a TV show titled Babul Ka Aangann Chootey Na, in which he co-starred with Aastha Chaudhary. He went on to feature in soap operas like Jaane Pehchaane Se... Ye Ajnabbi and Love U Zindagi. He also participated in reality shows such as Fear Factor: Khatron Ke Khiladi 7, Jhalak Dikhhla Jaa 6 and Bigg Boss 13.

"Wish I Got More Time With You": Gauahar Khan Pays A Tribute To Sidharth Shukla