Veere Di Wedding Vs Bhavesh Joshi Superhero: To Sonam And Harshvardhan, With Love From Arjun On 'Kapoor Diwas'

Arjun Kapoor, who is currently filming in London, sent his best wishes to Sonam and Harshvardhan via social media 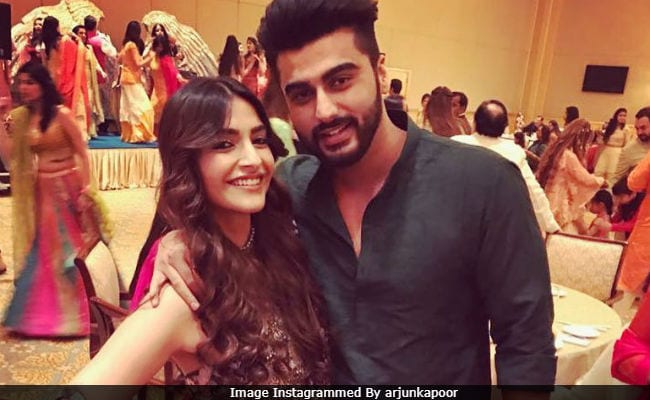 New Delhi: It's a big day for the Kapoors. Sonam Kapoor's Veere Di Wedding and her brother Harshvardhan's Bhavesh Joshi Superhero released today. The entire family extended their support to both the films and interestingly, their screenings were also held on different days for them to watch. Sonam and Harshvardhan's cousin Arjun Kapoor, who is currently filming in London, sent his best wishes via a video and called the day as 'Kapoor Diwas.' "My family has two big releases today. I'm feeling awful that I can't be there. My love and good wishes are with Sonam, Rhea and Harsh," Arjun says in the video he tweeted.

Arjun's video also had a special message for Sonam and said, "Every time I don't watch your film before it releases, it does really well, including Neerja and may the trend continues."

The Kapoor diwas is upon us !!! @sonamakapoor#rheakapoor@AnilKapoor@ektaravikapoor@HarshKapoor_#bhaveshjoshisuperhero#veerediweddingpic.twitter.com/wMwvgzCeMe

And, he posted this for Kareena. The duo co-starred in Ki & Ka.

How can I forget my favourite my Ki #poobaniparvati the biggest Kapoor of all #bebo#kareenakapoorkhan@vdwthefilmpic.twitter.com/tXmS0q7os5

Arjun, your family is missing you too. Here's your chachu Anil Kapoor's message.

Missing you Chachu!! The Kapoor Diwas would be even better with you here with us! Come back soon! @arjunk26https://t.co/mMuwOLWD9c

Both the films' box office verdict will be out on Saturday, after Day 1 shows end.