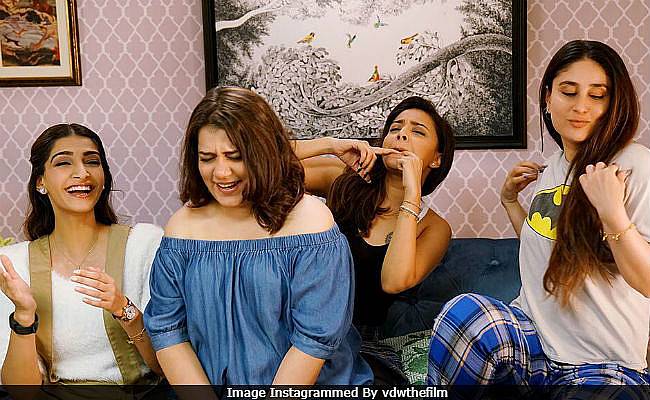 In Shashanka Ghosh's Veere Di Wedding, a female bonding dramedy that plays strictly by standard rules of the genre, four girls, friends since their school days in Delhi, reunite for a obscenely ostentatious wedding and expend all their time and energy on the task of growing "some balls" in the face of personal crises and social pressures, some self-created, others imposed. They mimic the men. Not a great idea at all!

The feisty quartet use the F-word liberally, smoke, drink, do drugs and generally make a nuisance of themselves in order to prove that they are no pushovers. They could surely have done better. When women set the bar so low that they end up looking like wannabe rebels without either a pause or a cause, the impact that they have is exactly the opposite of the one that is intended. They cut sorry figures. Seriously, who would take women nearing 30 seriously if they still insist on acting like a gaggle of girls just out of school? 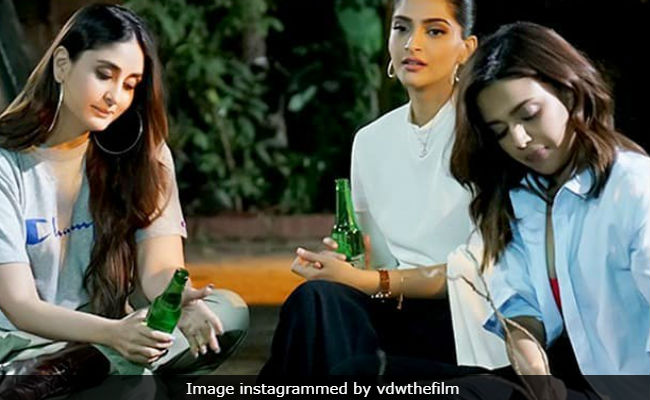 It is pretty apparent that the four principal actresses are having a lot of fun - as any good ensemble cast should - but the screenplay that they are asked to work within the confines of wallows in continued and callow shallowness. What aggravates things is the fact that Veere Di Wedding cannot escape the trap of predictability either. The film springs no surprises. One-fourth of the way into two-hour film, you know exactly how the four lives are going to pan out.

Having figured out that life is not a fairy tale but it still makes sense to cling on to one's dreams, the quartet goes their separate ways after their high school exams. Ten years later, they get back together for the wedding of Kalindi Puri (Kareena Kapoor) who goes against her own best counsel and agrees to marry her boyfriend Rishabh Malhotra (Sumeet Vyas).

One of the girls, Avni (Sonam Kapoor), is a Tis Hazari court divorce lawyer who has put an affair with her married boss behind her. She also has to contend with a mom (Neena Gupta) who keeps pestering her to find a match and get married. 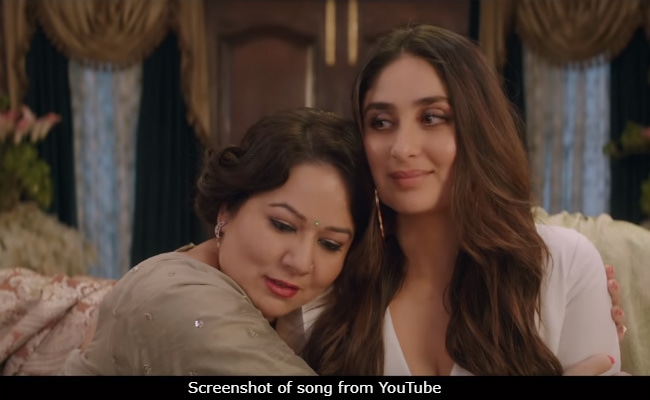 During Kalindi's ring ceremony, an inebriated Avni, desperate to get hitched, sleeps with a random guy at the wedding - he is called Bhandari, no first name - and later rationalizes her indiscretion thus: "It wasn't me, it me dealing with issues".

The other two girls, too, have issues of their own. The rebellious Sakshi (Swara Bhaskar) has come off a messy marriage with an NRI and is determined not to let the setback slow her down. The chubby Meera (Shikha Talsania), who Sakshi fondly addresses as Mother Dairy, is married to a White man and has a little son who keeps her on her toes. Both have sex on their minds but get little action in bed. They are all in dire straits. So watch out: here comes the sorority that has no time to say sorry.

Veere Di Wedding is breezy and uncomplicated, but its multiple strands are so neatly arranged that they smack of overt artifice. The film is pretty but hollow. There is nothing in it that can stop this story of women having their way entirely on their own terms from appearing overly laboured. Like kids who revel in defiance and seek attention with outrageous acts, the girls foray into everything that is forbidden in the belief that there is no end of joy in making mistakes. In life, that notion might not be misplaced. But in a film, it most certainly is. The missteps of Veere di Wedding are far too many to miss or gloss over. 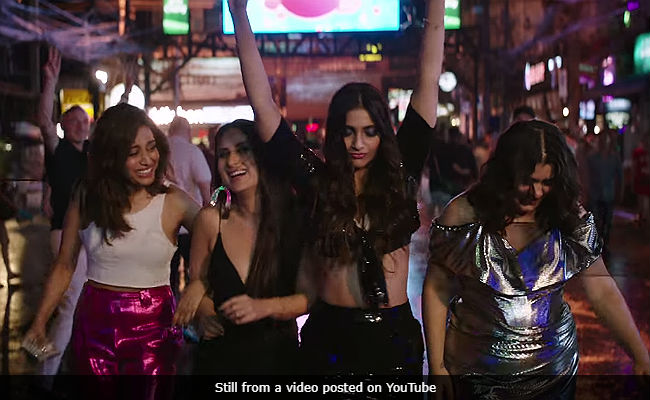 Conveniently, playing by the numbers, the men in the film are projected as wrecks, as questionable, pitiable individuals. Kalindi's father, Krishan Puri (Anjum Rajabali), after the death of the girl's mother, is now married to Paromita (Ekavali Khanna), a woman from Chittaranjan Park. So inevitably there are a couple of lines in Bengali bunged in and a jocular reference is made to 'majher jhol'. All this only serves to 'other' a community in this strictly North Indian Punjabi milieu. Of course, Kalindi cannot stand the sight of Paromita.

Her dad and his gay brother, Kshitij (Vivek Mushran), are at loggerheads over the family mansion, which is now abandoned and in ruins. Without a home or a family to call her own, Kalindi is smothered by the attention that is showered on her by the family and friends of her would-be husband.

Rishabh's dad (Manoj Pahwa) ends up in police lockup for issuing cheques that bounce after he borrows heavily from a bank for his son's wedding in a garishly decorated farmhouse.

Meera, having eloped with a foreigner, is estranged from her family and footloose Sakshi is the butt of jibes from all the "Delhi aunties". Having faced her share of undeserved ridicule, she gets her own back by the end of the film. As do her three friends.


Promoted
Listen to the latest songs, only on JioSaavn.com
If parts of Veere Di Wedding are watchable despite the film's fluffiness, it is because of the lively performances from the four actresses. Kareena Kapoor has the meatiest role by far, but it is Shikha Talsania who is the most spontaneous. Sonam Kapoor exudes just the blend of firmness and confusion that the character demands. Swara Bhaskar, cast against type, makes the most of the opportunity and delivers many of the film's funnier punch lines. Given the joie de vivre they bring to the project, you cannot help feeling that the foursome deserved a more nuanced screenplay.

But if you are not looking for radical departures from norm and are happy watching a film that seeks to blur gender expectations without shaking the boat too much, Veere di Wedding could pass muster. Does it give you your money's worth? It does. Does it break new ground? Fat chance.