Veere Di Wedding releases on Friday and celebs, who watched the film at a special screening, gave their early reviews 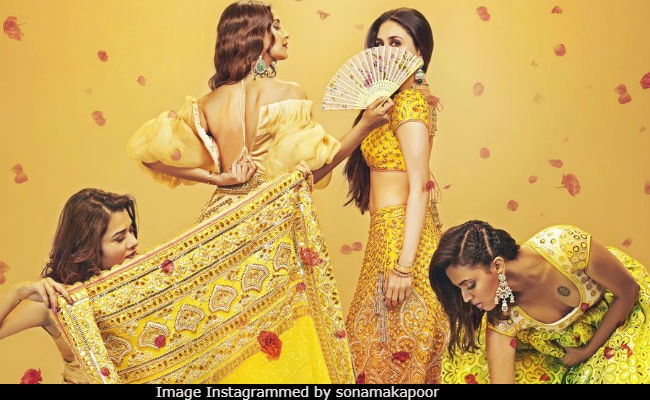 A still from the film Veere Di Wedding (Courtesy YouTube)

New Delhi: Veere Di Wedding is making its way to the theatres on Friday and celebrities who have already watched the film have pretty nice things to say about the Kareena Kapoor, Sonam Kapoor, Swara Bhasker and Shikha Talsania's film. Veere Di Wedding was screened in Mumbai on Wednesday, which was attended by Sonam and Anand Ahuja together with celebrities like Karan Johar and Sonal Chauhan joining the screening of the film. A tweet arrived from Twinkle Khanna, in which she tagged Sonam and Rhea Kapoor and wrote: "Way to go." Karan also showered the team of Veere Di Wedding with appreciation and called the film a "super fun flick". "Sexy, saucy and sassy! This is not a chick flick but a super fun flick. Take your friends and join this robust party! Well done Rhea Kapoor and your amazing girl gang Sonam Kapoor, Swara Bhasker, Shikha Talsania and Kareena Kapoor," Karan Johar tweeted.

Patralekhaa, who also watched the film, appeared to be bowled over by it. She was all praise for the cast of the film and called them "smashing" for their performance in the film. "Thoroughly enjoyed Veere Di Wedding you all were smashing! Sonam Kapoor, Rhea Kapoor and Ekta Kapoor, you guys are an inspiration. More power to you women."

Check out all the tweets here:

Sexy , saucy and sassy!!! This is not a chick flick but a super fun flick...take your friends and join this robust party! Well done @RheaKapoor and your amazing girl gang @sonamakapoor@ReallySwara@ShikhaTalsania#kareena#VeereyDiWedding

Thoroughly enjoyed #VeereDiWedding.#KareenaKapoorKhan@sonamakapoor@ReallySwara@ShikhaTalsania u all were smashing! @sonamakapoor@RheaKapoor@ektaravikapoor u guys r an inspirationMore power to u women

What an absolutely fantastic film @vdwthefilm is! Enjoyed every minute of it. was fully FOMO-ing about not having spent enough time with my "veeres". Can never find enough words to describe how beautiful n effortless #KareenaKapoorKhan is.. contd...

Promoted
Listen to the latest songs, only on JioSaavn.com
Sonam and her husband Anand Ahuja walked in hand-in-hand at the screening of Veere Di Wedding. Joining the duo at the event were the actress' cousins Janhvi and Khushi Kapoor, who arrived with their filmmaker father Boney Kapoor. The cast of Race 3 also dropped by the screening of the film. Salman Khan, Daisy Shah, Anil Kapoor, Bobby Deol and Saqib Saleem attended the special screening. Besides, Rajkummar Rao, Richa Chadha and Sonam cousin's Mohit Marwah were in attendance. Kareena Kapoor who plays the protagonist Kalindi in Veere Di Wedding missed the screening of the film on Wednesday. 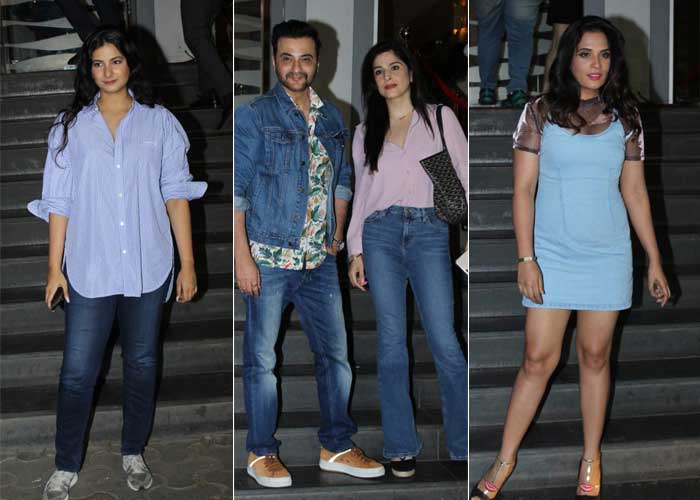 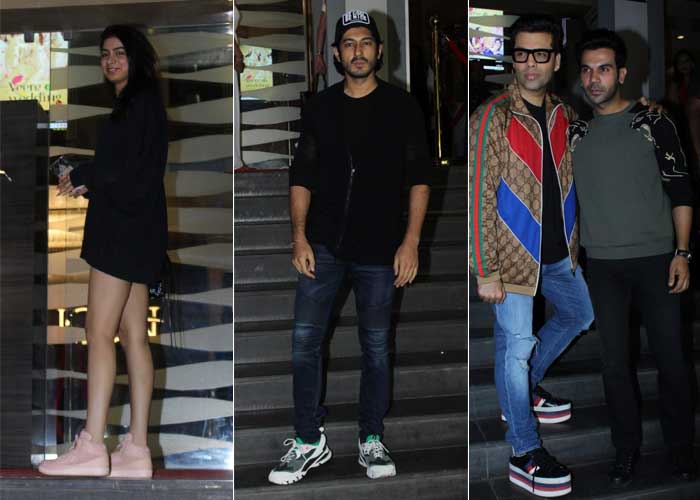 Veere Di Wedding encompasses the life of four childhood friends in various stages of love and marriage. This also happens to be Kareena Kapoor's first film after the birth of Taimur. This will also be Sonam Kapoor's first film after her wedding to Delhi based entrepreneur Anand Ahuja. Veere Di Wedding has been co-produced by Rhea Kapoor and Ekta Kapoor and clashes withBhavesh Joshi Superhero.