Kareena Kapoor Counts Working In Veere Di Wedding As One Of Her "Best" Decisions. Read Here 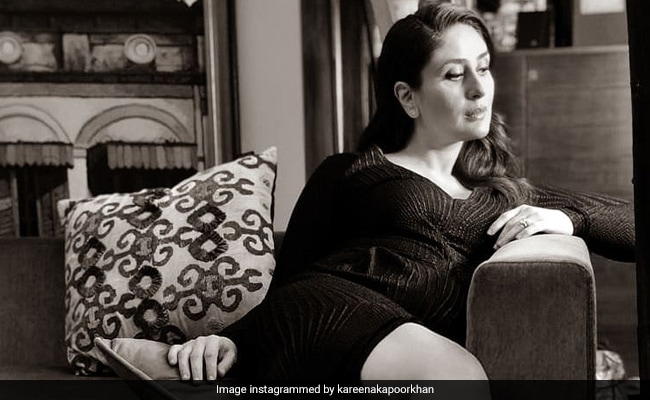 Actress Kareena Kapoor, who has a number of hit films to her credit, on Wednesday, remembered working in the 2018 film Veere Di Wedding and counted signing up for the movie as one of her best decisions. This comes as Veere Di Wedding completed three years of its release on Tuesday. The comedy-drama that stars Kareena Kapoor, Sonam Kapoor, Swara Bhasker and Shikha Talsania in pivotal roles, was co-produced by Sonam's sister Rhea Kapoor. On Tuesday, Rhea had shared a post on Instagram to mark three years of the release of the film. Sharing Rhea Kapoor's post on her Instagram story, Kareena Kapoor wrote: "The best decision I took....such a cool film." The 40-year-old actress also added a heart emoji to it.

In her Instagram post, Rhea Kapoor had shared three posters of the film. "Happy 3 Veere Di Wedding, you set me free," Rhea wrote in the caption of the post.

Besides Kareena and Rhea, Swara Bhasker had also dedicated an Instagram post to the anniversary of the film. On Tuesday night, Swara shared a promo of Veere Di Wedding on Instagram and complemented it with a long caption. In the caption, Swara termed the film as a "bomb piece of badassery" and expressed gratitude on being a part of it. "3 YEARS (June 01) to the birth of an obsession - my nafrati chintus obsession with my fingers! Happy 3rd to the film that gave rise to an economy: the two rupees per tweet employment guarantee scheme that it seems I launched for my trolls," she wrote. "So grateful to have been a part of this bomb piece of badassery that only some amazing women, and very cool elevated men could have made," she added.

Kareena Kapoor played the titular role of veere (brother or friend in Punjabi) whose wedding formed the backdrop of Veere Di Wedding . As per reports, Kareena was pregnant with her first child, Taimur Ali Khan, during the film's shoot. The actress had once opened up on how her role was rewritten in the film to incorporate her pregnancy on-screen. The director of the film Shashanka Ghosh and Rhea Kapoor had worked on a script to feature Kareena's character as six months pregnant in the film. The new script was later scrapped, and the team waited for Kareena to re-join the shoot after her maternity leaves.