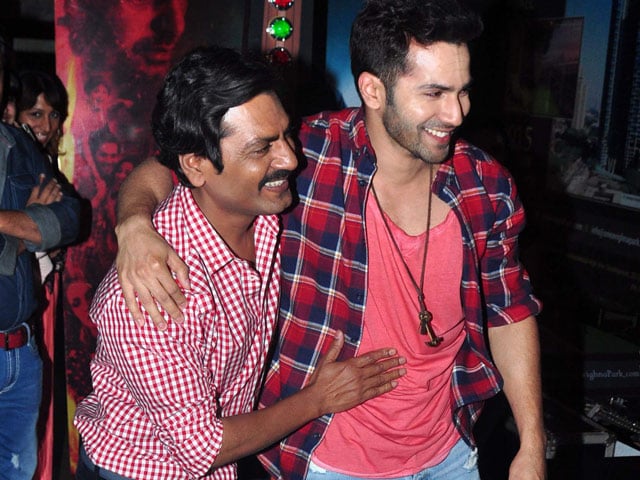 Varun Dhawan and Nawazuddin Siddiqui at an event for their film Badlapur in Mumbai.

It seems there's a mutual admiration society between Badlapur actors Nawazuddin Siddiqui and Varun Dhawan. While the former has earlier praised the younger actor for his "energy", Varun is all praises for the National Award winning actor's method acting.

"I learnt a lot working with Nawazuddin. He's a method actor and I enjoyed working it him. It's always great to work with such talented people," Varun told IANS.

Promoted
Listen to the latest songs, only on JioSaavn.com
Varun made his acting debut with Student Of The Year. He then worked in his father David Dhawan's film Main Tera Hero, but said that being a filmmaker's son didn't make his journey into filmdon easier. (Also Read: Badlapur My Smallest Budget Film, Says Varun Dhawan)

"You can get one film because of being a star kid, but eventually, the audience will decide. You have to prove your talent as an actor it's not that easy," he added. (Also Read: Varun Dhawan Speaks About Battling Depression During Badlapur)