How cute are these pictures 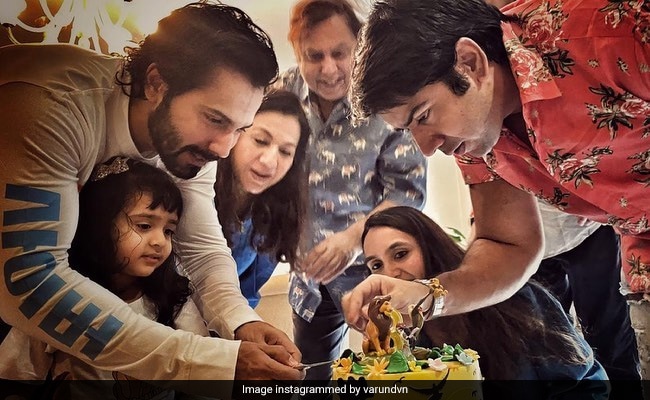 Varun Dhawan's latest Instagram entry is just too cute. The actor posted pictures from his niece Niyara's birthday celebrations at home. In the pictures, Varun can be seen happily posing with the birthday girl. Niyara is the daughter of Varun's brother Rohit and Jaanvi. Rohit Dhawan married Jaanvi in 2012 and they welcomed a daughter in 2018. Varun and Rohit are director David Dhawan's sons. Rohit is a director and has made films such as Desi Boyz (with John Abraham and Akshay Kumar) and Dishoom, which featured Varun along with John.

Varun Dhawan married his childhood sweetheart Natasha Dalal in January this year. Varun and Natasha, who had been dating for several years, went to school together. They were reportedly meant to get married last year but they had to postpone their wedding because of the COVID-19 pandemic and the lockdown. Varun confirmed dating Natasha during Karan Johar's talk show Koffee With Karan 6.

Varun Dhawan, star of films like October, Humpty Sharma Ki Dulhania, ABCD 2, Badlapur and Dilwale, made his Bollywood debut with the 2012 film Student Of The Year. He was last seen in the remake of Coolie No 1 with Sara Ali Khan. Varun's next project is Jug Jugg Jeeyo, co-starring Anil Kapoor, Neetu Kapoor, Kiara Advani and Prajakta Koli. His line-up of films also includes Bhedia, with Kriti Sanon.