Varun Dhawan celebrated Natasha's birthday with their close friends only 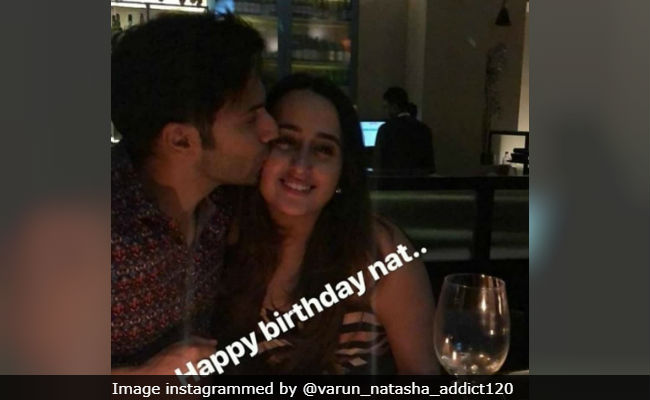 Varun Dhawan celebrated his girlfriend Natasha Dalal's birthday with a small group of friends on Tuesday evening. The actor posted a video of Natasha cutting her yummy looking brownie cake as her friends surrounded her. The video has been shared by fan clubs dedicated to tracking all social media activities of Varun and Natasha. Another picture of Varun kissing Natasha is also doing the round on social media. Varun Dhawan, who was last seen in Kalank, is currently filming Street Dancer, Remo D'Souza's 3D dance film. He took time out from his busy schedule to celebrate with Natasha.

Take a look at pictures and videos from Natasha Dalal's birthday celebration:

Varun Dhawan and Natasha Dalal attended the same school but they were not in a relationship at that time. Speaking about what makes their relationship special, Varun told News agency IANS: "But since day one she has been supportive of my dreams and it has to be the same. It has to be equal from my side. From my side, I have to be supportive of her dreams also, or what she wants to achieve, or what she likes. Eventually, I think as a couple you want to evolve together."

Recently, Varun Dhawan and Natasha Dalal featured in headlines after a female fan of the actor threatened to hurt Natasha. At that time, Varun Dhawan had said: "My loved ones should not have to pay any price because of my celebrity status."