Varun Dhawan's girlfriend Natasha Dalal was reportedly threatened by a fan, after the actor refused to meet to interact with the fan 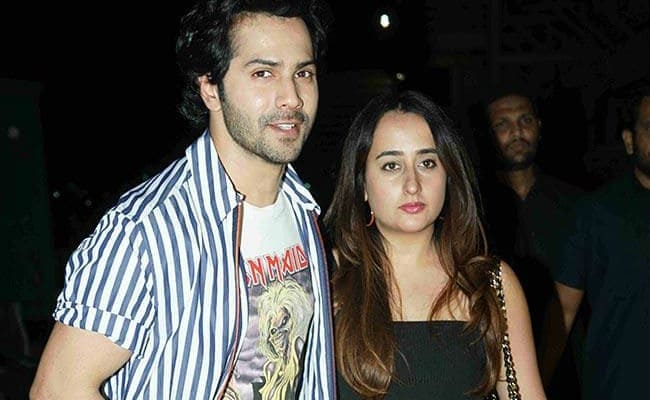 Varun Dhawan says that his "loved-ones should not pay a price" because of his celebrity status, reports news agency IANS. Varun's statement comes just a few days after a fan reportedly threatened to hurt his girlfriend Natasha Dalal. When Varun was asked about commenting on the alarming incident, the 31-year-old actor told IANS: "The police has got involved in the matter, so I will refrain from speaking on the incident." Varun added, "Keeping that aside, I am generally saying that it is a wrong thing. My loved ones should not have to pay any price because of my celebrity status."

During the media interaction, the Badlapur actor described his encounter with the fan as a "bitter incident "and said that he is extremely "approachable" when it comes to dealing with fans. "It is wrong. I am a very approachable guy when it comes to fans. I always take out time for them. I love my fans as much as they love me but any bitter incident is not expected," IANS quoted Varun as saying.

According to a recent Filmfare report, the incident took place over the weekend, when a fan insisted on meeting Varun Dhawan and refused the leave the premises of Varun's building .That's not it, the fan even threatened to harm Natasha Dalal and chanted 'I will kill Natasha.' Later, the local police took charge of the situation. "It was alarming for us because usually, fans don't get so aggressive. We informed Varun sir, who panicked. She kept saying, 'I will kill Natasha.' After the woman refused to leave even after 45 minutes, we had to call the local police station,"said the security personal, stated Filmfare.

In terms of work, Varun Dhawan is currently busy with the promotional duties of Kalank, which also stars Alia Bhatt, Sonakshi Sinha, Aditya Roy Kapur, Madhuri Dixit and Sanjay Dutt. Varun will also be seen in Remo D'Souza's Street Dancer, which is the third installment of the ABCD series.