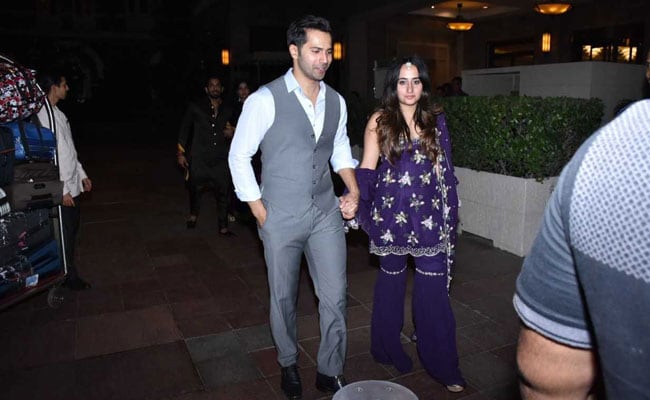 Actor Varun Dhawan was spotted exiting The Taj Mahal Palace in Colaba hand-in-hand with his girlfriend Natasha Dalal on Friday evening. Varun Dhawan was dressed formally in trousers, shirt and a waistcoat while Natasha wore an embellished purple tunic with a matching sharara. Varun and Natasha attended a common friend's sangeet ceremony last night. Varun Dhawan, who was recently seen in Kalank, appeared to be unperturbed by presence of the paparazzi and simply smiled as he navigated his way through the sea of shutterbugs waiting outside the hotel. Natasha stood close to Varun.

Here are pictures of Varun Dhawan and Natasha Dalal leaving the sangeet venue: 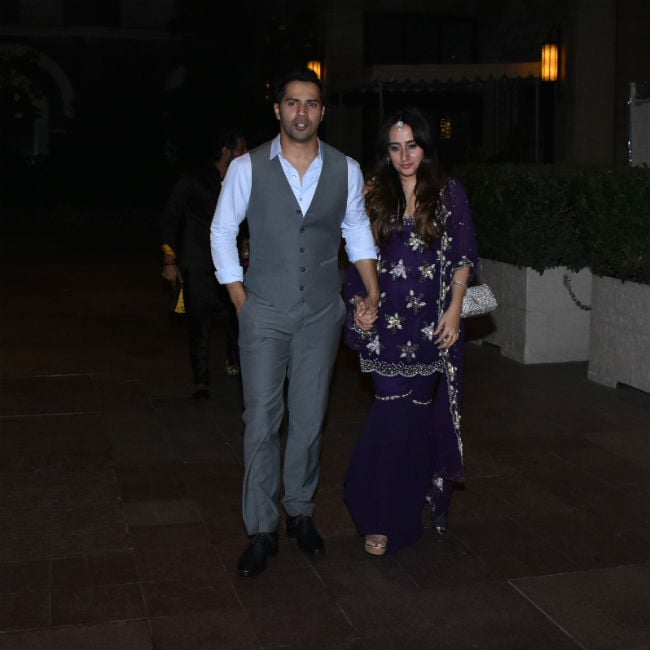 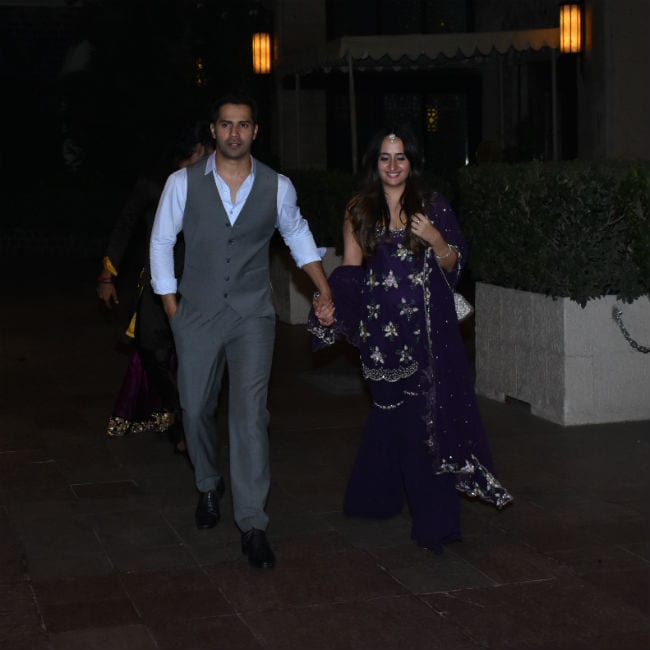 Varun Dhawan recently said he may soon marry Natasha Dalal, whom he has been dating for several years now. Varun and Natasha studied in the same school, however, the actor said that back then they were not dating. "Because I have known her, we were in school together. We were just friends, we weren't dating then. But since day one she has been supportive of my dreams and it has to be the same. It has to be equal from my side," IANS quoted Vraun Dhawan as saying.

On the work front, Kalank, which also starred Alia Bhatt, Sonakshi Sinha, Aditya Roy Kapur, Madhuri Dixit and Sanjay Dutt, tanked at the box office. Made on a budget if Rs 150 crore, Kalank failed to touch the Rs 100-mark at the domestic box office.

Varun Dhawan is currently filming Street Dancer, a 3D dance film directed by Remo D'Souza. He has also signed up for the remake of Coolie No 1 with his father David Dhawan. The film also stars Sara Ali Khan.