Varun Dhawan And Alia Bhatt Are Back Together On Sets. A Film? An Ad? Find Out Here

In the picture, Alia Bhatt is seen wearing a red cold shoulder dress while Varun has donned a cowboy look 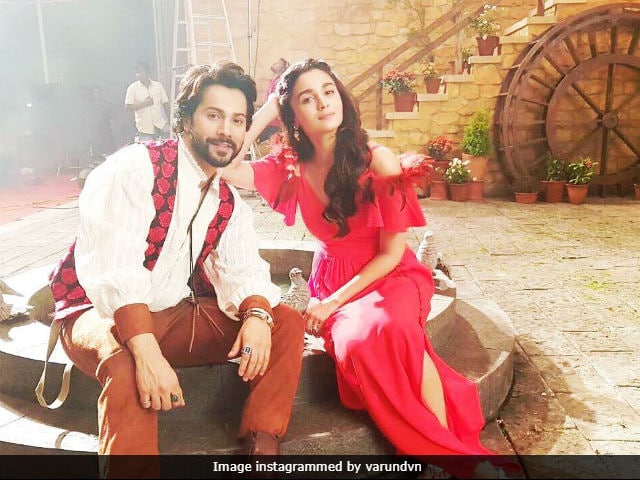 New Delhi: Varun Dhawan and Alia Bhatt are here to drive away your mid-week blues. The actors have shared a photograph on social media announcing their next project together which has been directed by Punit Malhotra, who previously helmed films like I Hate Luv Storys and Gori Tere Pyaar Mein. In the picture, Alia Bhatt is seen wearing a red cold shoulder dress while Varun has donned a cowboy look. Well, this picture has made us all curious and we are too wondering if this still is from their next film together or an advertisement. Guess we'll have to wait for a confirmation on the same from the actors themselves. Till then, see the picture posted by Alia Bhatt and Varun Dhawan here:

Back on set with #dharma and @aliaabhatt. 4.0

Varun Dhawan and Alia Bhatt have co-starred in films like Student Of The Year, Humpty Sharma Ki Dulhania and Badrinath Ki Dulhania .

Alia Bhatt is currently filming Raazi, co-starring Vicky Kaushal. The film is being directed by Meghna Gulzar. Two schedules of the film - Punjab and Kashmir- have been completed.

Promoted
Listen to the latest songs, only on JioSaavn.com
Alia Bhatt will soon begin shooting for Ayan Mukherji's next venture Ranbir Kapoor. The film will be produced by Karan Johar's Dharma Productions and it's not titled Dragon. The 24-year-old actress will also feature opposite Ranveer Singh in Gully Boy.