On the occasion of Gandhi Jayanti, Anushka Sharma and Varun Dhawan, released a special-teaser video of Sui Dhaaga - Made In India 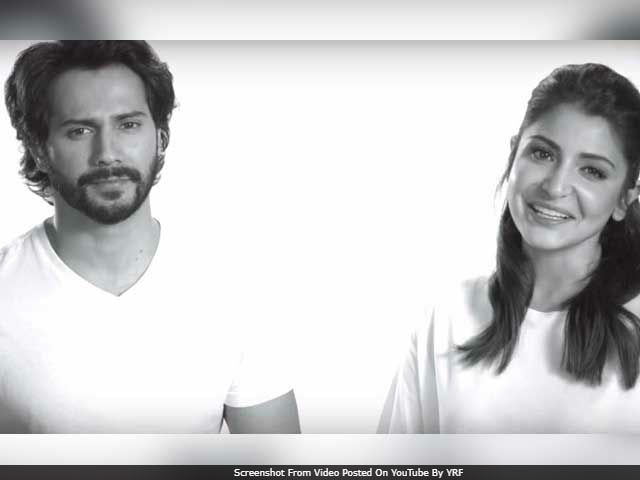 New Delhi: On the occasion of Gandhi Jayanti, actors Anushka Sharma and Varun Dhawan, who are all set to star in Sui Dhaaga - Made In India, released a special-teaser video of their forthcoming film. Sui Dhaaga is based on the ideology of Make in India. Anushka and Varun paid tribute to Mahatma Gandhi on his birth anniversary and gave details about their film's subject. In the video, the duo also talk about Mahatma Gandhi's Swadeshi Movement. "A dream, #MadeInIndia. He made it happen for us. Team Sui Dhaaga bows down to Mahatma Gandhi," Varun tweeted along with the video while Anushka wrote, "To the man who began the #MadeInIndia journey. We salute the spirit of Mahatma Gandhi."

Anushka also shared a picture of Mahatma Gandhi with a quote of his.

His greatness was & is about understanding this & speaking it out to millions. May you all find that greatness in you. Happy #GandhiJayantipic.twitter.com/mwmeRYcLEX

Akshay Kumar also shared the teaser and wished them luck.

Of the film, Varun earlier told news agency PTI, "From Gandhiji to Modiji (Narendra Modi), our country's leaders have always endorsed the mantra of Made in India. With Sui Dhaaga I am proud to take their message to millions of movie lovers in a manner that is entertaining and relevant. I really liked the script Sharat had written and I am happy that I am teaming up with YRF on this movie. Anushka and me are teaming up for the first time so I am sure there will be fireworks."

Promoted
Listen to the latest songs, only on JioSaavn.com
"It is a story of self-reliance that I believe will connect to the grassroots level with every Indian," said Anushka.

Sui Dhaaga - Made In India is written and directed by Sharat Katariya. The film hits the screens next year on Gandhi Jayanti (October 2, 2018).