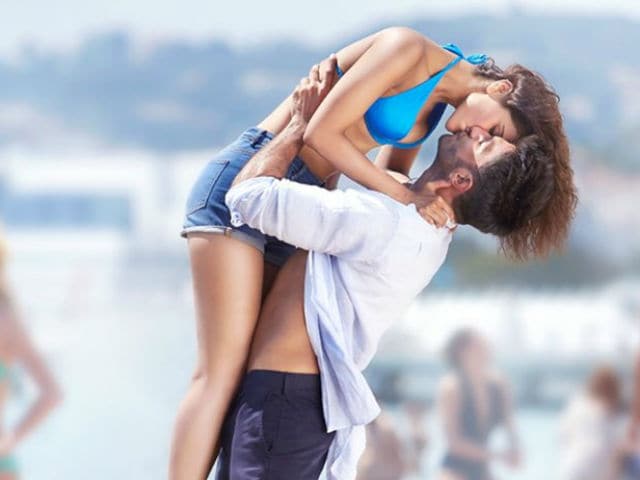 A poster from Befikre

New Delhi: Some would imagine it risque to have even a single promotional poster showcasing a kiss between the leading pair, but the makers of Ranveer Singh and Vaani Kapoor's Befikre haven't been playing by the rules and released not one but four such posters one after the other.

The latest still unveiled from the film, however, will leave fans with mixed feelings. Ranveer and Vaani are still there, as 'Befikre' as ever.

They're not kissing in this one.

The official Twitter handle of the film released this photograph (possibly from the rushes of a song) to wish Vaani for her birthday (she turns 27 on August 23) and it definitely amps up the anticipation for the film, owing to the first-time pairing of Ranveer and Vaani, and the latter's washboard abs.

The pair shares an intimate moment together in the still, but what really catches our attention is that instead of Ranveer's 6-pack, it's Vaani's Perfect 10 that should give everyone fitness goals.

She's as #Befikre as it gets & we love her for it! #HappyBirthdayVaani! @Vaaniofficialpic.twitter.com/LO37sHGWkw

Befikre is filmmaker Aditya Chopra's return to direction after eight years (he last helmed Rab Ne Bana Di Jodi in 2008) but the film has been in the news more for its lead couple's kissing spree in lush locales like Cannes and Lido de Paris in France.

The light-hearted romantic comedy is slated for a December 9, 2016 release.