Twinkle Khanna's Response Is Even More ROFL Than Meme About Her

Just a post of Mrs Funnybones being her funny self 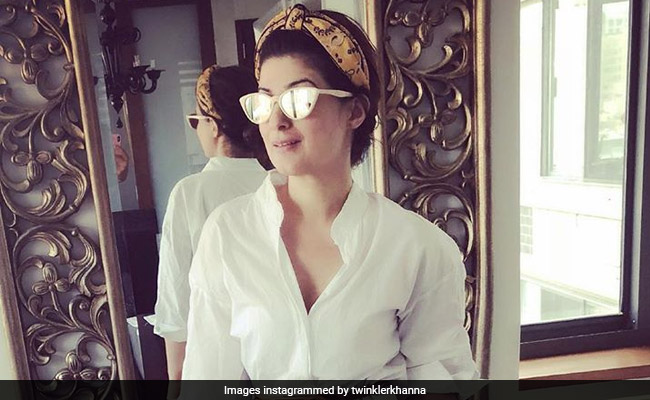 We don't know what the definition of a quintessential big star is but what we do know is that there is no better star than Twinkle Khanna to have mastered the art of self-deprecating humour. The best-selling author shared her take on what the parameter of being a "bonafide star" is and going by her definition, she seems to be one. Twinkle Khanna shared a meme which is about her and her husband Akshay Kumar. The text on the meme read, "Why is Akshay Kumar's wife not a big star? Why? Because Twinkle, Twinkle little star." Twinkle Khanna's reaction to the meme was as cool as her Twitter moniker - Mrs Funnybones. She wrote: "How do you know if you are a bonafide star? When you become part of a famous meme." Wait, it gets better. She added the hashtag #LittleStarProtestsAgainstSizeDiscrimination to her post.

How do you know if you are a bonafide star? When you become part of a famous meme. #LittleStarProtestsAgainstSizeDiscrimination

Twinkle Khanna flew to London last month along with her kids and husband Akshay Kumar, who is shooting for his forthcoming film Bell Bottom there. Twinkle Khanna and Akshay Kumar co-starred in films such as International Khiladi and Zulmi. They got married on January 17, 2001. The couple are parents to 17-year-old Aarav and Nitara.

Twinkle Khanna, a former actress, is a woman of many hats. She is a celebrated columnist and the author of bestselling books such as Pyjamas Are Forgiving, The Legend Of Lakshmi Prasad and Mrs Funnybones. She is also an interior decorator, the owner of The White Window, and a film producer. Twinkle Khanna also runs a digital content company called Tweak India.