"My mother is so laid-back that she refuses to do any publicity around it," wrote Twinkle after watching Tenet 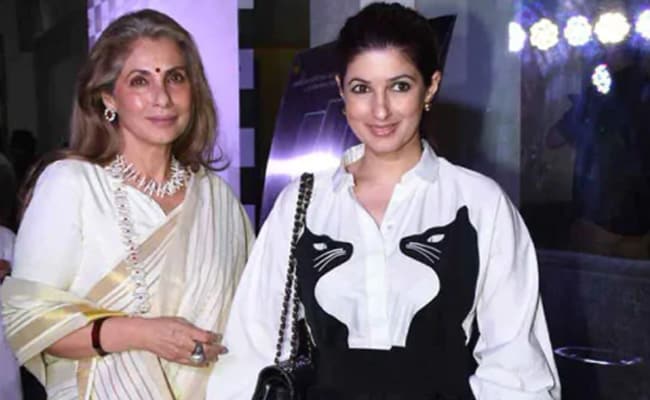 Twinkle Khanna, who is currently staying in London with her husband, actor Akshay Kumar, and their children, stepped out to watch Christopher Nolan's new film Tenetin a theatre this week. In a tweet on Wednesday, Twinkle gave a shout-out to her mother Dimple Kapadia, who plays a pivotal role in Tenet, starring John David Washington in the lead role. Sharing a note for her mother and her performance in the film, Twinkle wrote: "Finally saw Tenet in the theatre and though my mother is so laid-back that she refuses to do any publicity around it, she has a wonderful part and is completely incredible." Twinkle also shared a still from the film - featuring Dimple Kapadia and John David Washington - that she clicked in the theatre and quoted a Variety review of Tenet.

Finally saw Tenet!Mom is so laid-back that she refuses to do any publicity around it but she is incredible. Like Variety says,"A sinister whisper network of international armsdealers emerges,with one of them,Priya (the wonderful Dimple Kapadia, in the film's wiliest performance) pic.twitter.com/NDORPtKWUd

Tenet, which also features Robert Pattinson, Elizabeth Debicki, Michael Caine and Kenneth Branagh, opened in select theatres in 70 countries including the United Kingdom, Germany, Italy, Japan and Russia on August 26. Two days after the film released, Twinkle Khanna shared a video comprising a few scenes from the film, as well as some BTS shots, in which Christopher Nolan can be seen working with Dimple Kapadia and other actors. She wrote: "East or West, Dimple is the best. I never thought I would riff on an Anu Malik song but this one had to be done. #Tenet #ProudDaughter #behindthescenes."

East Or West, Dimple is the Best! I never thought I would riff on an Anu Malik song but this one had to be done:) #Tenet #ProudDaughter #behindthescenes

Tenet is a high-octane action espionage drama and it has been extensively shot across seven countries, including India. It is one of the first big-budget films to release in theatres after the cinemas reopened amid the coronavirus pandemic.