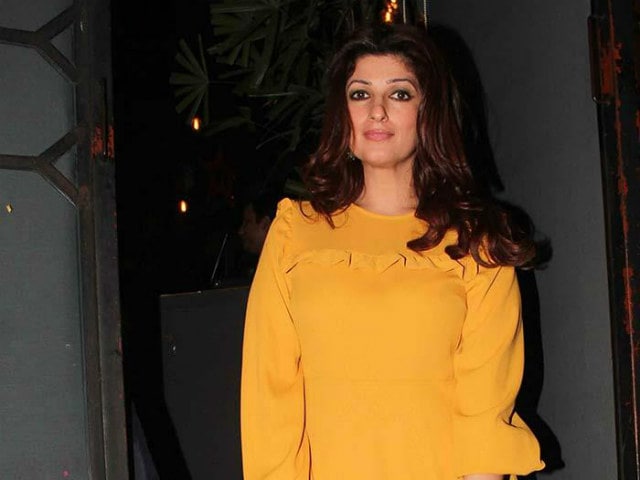 When not making jokes on Twitter, Twinkle Khanna is a best-selling author

New Delhi: Celebrity couple Twinkle Khanna and Akshay Kumar have a new neighbour. Gurmeet Ram Rahim, the colourful and controversial head of the Dera Sacha Sauda sect, has moved into their Juhu apartment block, where actor Hrithik Roshan and producer Sajid Nadiadwala also reside. Ram Rahim's brand new presence might have gone unnoticed had it not been for Twinkle, 43, who has a wicked sense of humour and rarely, if ever, censors herself. In a hilarious tweet posted a couple of days ago, Twinkle welcomed her new neighbor with a cheeky reference to his film series in which he stars as MSG, which stands for 'Messenger of God.' As we lesser mortals know, MSG is also the abbreviation of Monosodium Glutamate, invoked by Twinkle in her tweet:

In reply to a comment from film critic Raja Sen (whom she tagged as a fellow MSG 'fan'), Twinkle lamented that she had failed to focus her laser-like 'obsession' on Sherlock star Benedict Cumberbatch instead:

When not making jokes on Twitter, Twinkle Khanna is a best-selling author. She released her second book, a collection of stories titled The Legend Of Lakshmi Prasad, last year and her hugely popular Mrs FunnyBones was released in 2014.

Promoted
Listen to the latest songs, only on JioSaavn.com
Twinkle Khanna has also launched a production house titled Mrs FunnyBones (which her Twitter handle) and has announced that the first film she produces will star husband Akshay Kumar and Sonam Kapoor. Pad Man, to be directed by R Balki, is based on the life of Arunachalam Murugunantham, inventor of a sanitary napkin manufacturing machine.

Twinkle Khanna and Akshay Kumar married in 2001 and have two children - a son named Aarav and a daughter named Nitara.