Twinkle Khanna shared a picture of the table left messy after her puzzle-solving session. 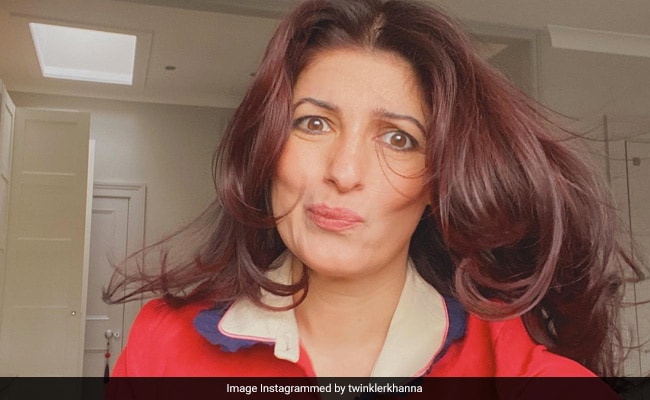 Twinkle Khanna has to be one of the coolest moms on the block. When the former actress is not laughing with her children, she is laughing at them. And, the author, who is blessed with wit and humour, often gives her fans a look into her personal life with her husband, actor Akshay Kumar and their children Aarav and Nitara. Now, the actress, who is visiting her son in London, has a new obsession. It is all thanks to Aarav, who gifted his sister a thousand-piece puzzle based on the artist, Frida Kahlo. While we don't know what Nitara thinks of the gift, we now have proof that mom Twinkle Khanna is “obsessed” with it.

Twinkle Khanna shared a video in which she is seen sitting with her son Aarav across a table. It is covered in puzzle pieces. Aarav is seen helping his mom figure out where one of the pieces fit. In addition to the clip, Twinkle Khanna also shared a video of the table that is strewn with the 1000-piece puzzle, waiting to be solved.

“He gets a 1000 piece Frida Kahlo jigsaw puzzle for his little sister but guess who can't leave it alone. My hair is a mess, the dining table is a bigger mess but I am obsessed,” the caption read.

The doting mother also shared a picture upon meeting Aarav in London. The heartwarming image has Aarav giving his mother a kiss on her forehead. Twinkle Khanna's caption has our heart. She wrote, “Sunday morning is truly special because I get to steal my son from his beloved campus and we can have breakfast together.”

Twinkle Khanna dotes on her kids and the pictures on Instagram are proof. Recently on the occasion of her daughter Nitara's birthday, Twinkle Khanna shared the sweetest message. “Nine years of having this little girl with a serious face and a wicked sense of humour in my life. The other day after I greeted the pavement with my bottom, as usual, she giggled, ‘Mama, you say I am clumsy when I drop my pencil but you keep dropping your whole body down,'” she wrote, adding, “May she grow up holding the laughter in her eyes forever.”

Twinkle Khanna has been married to actor Akshay Kumar since 2001. She made her debut in 1995 with Barsaat. Following her wedding, Twinkle Khanna switched to interior designing. She turned author in 2015 with Mrs Funnybones.