"Both are dumb accidents where you end up flat on your back," wrote Twinkle Khanna 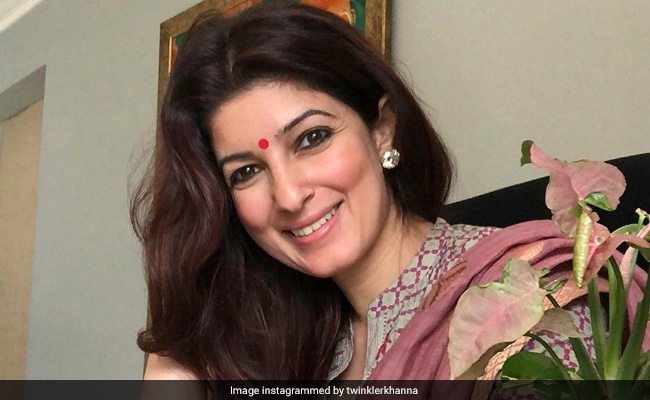 We just can't seem to get enough of Twinkle Khanna's humour or should we say Baba Twinkedev (her words) and her latest Instagram entry reminds us of just that. Why, you ask? Well, the 46-year-old author, in her latest Instagram post compared love to "slipping in the shower." Needless to say, Mrs Funnybones' post cracked up the Internet. Twinkle also explained the reasons behind the unusual comparison and wrote: "Love is as much a matter of chance as slipping in the shower. Both are dumb accidents where you end up flat on your back in nothing more than your birthday suit." She added the hashtag #BabaTwinkdev to her post. The post was flooded with LOL emojis. "This is perfect," wrote a fan. "Rightly said," added another Instagram user.

Twinkle accompanied her post with a caption that read, "No prizes for guessing that I have had a memorable, if slightly bruised morning today. We fall, we rise and we spout even more existential nonsense - such is life." Read her post here:

No prizes for guessing that I have had a memorable, if slightly bruised morning today. We fall, we rise and we spout even more existential nonsense-such is life :)

Twinkle Khanna keeps her fans busy by posting humour-infused posts. Check out some of the posts here:

Want to lose weight without moving a finger while others lose limbs? Just follow my horrifying weight loss program in @tweakindia -My bit this week- link in bio #halloween

Twinkle Khanna, a former Bollywood actress, is a celebrated columnist and the author of Pyjamas Are Forgiving, The Legend Of Lakshmi Prasad and Mrs Funnybones - all of which were best-sellers. Twinkle is also an interior decorator, the owner of The White Window, and a film producer. Her last project as a film producer was the National Award-winning film PadMan, which starred her husband Akshay Kumar in the lead role.