Amidst all the break-up reports, rumoured couple Mouni Roy and Mohit Raina celebrated Diwali together 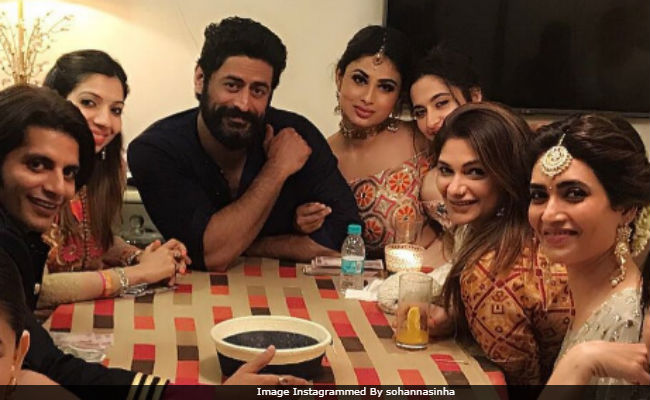 New Delhi: Amidst all the break-up reports, rumoured couple Mouni Roy and Mohit Raina celebrated Diwali together. Pictures of them, which are now viral, have been shared on Instagram by Sohanna Sinha, producer of their TV show Devon Ke Dev... Mahadev. In the pictures, which also feature TV stars like Karanvir Bohra and Karishma Tanna, Mouni is seen holding Mohit. The rumoured couple have been dating for a while now but have never acknowledged a romance. Reports of their break-up kept trending some months ago. However, these Diwali pictures tell a different story. Mouni and Mohit's fans are glad to see the two of them together and comments such as, "Happy that they are together... God bless them," "Love u so much, the beautiful couple," are flooding the feed.

Here are the pictures of Mouni and Mohit from the Diwali party.

Mouni, 32, and Mohit, 35, appeared together on the show Devon Ke Dev... Mahadev, where he played the titular Mahadev and she was seen as Devi Sati. Mohit, who maintains an extremely private life, earlier told TOI, "I prefer to keep my personal life separate and don't want it under media glare. It doesn't really remain the same if it's completely out there. I have never even brought my mother or any other family member in front of the camera despite many requests."