Paras and Mahira will star together in a music video 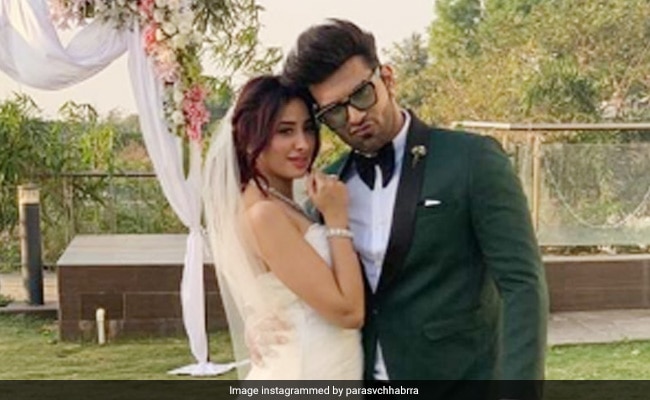 Former Bigg Boss 13 contestants Paras Chhabra and Mahira Sharma found a spot on the list of trends on Saturday, courtesy their loved-up pictures from a music video shoot. The duo, who featured in headlines several times for their equation in the Bigg Boss 13 house, will star together in a music video and their fans can't keep calm. Giving a sneak peek into their shoot diaries, Paras Chhabra shared a couple of pictures featuring Mahira from the sets and it wouldn't be wrong to say that in the photos, the duo look straight out of a fairy tale. Mahira looks stunning in a white dress while Paras looks dapper in a green and black three-piece-suit. They look perfect as a bride and groom.

Paras was earlier dating Television actress Akanksha Puri but broke up with her after he entered Bigg Boss 13.He used to trend big time on social media for his equation with Mahira Sharma on the show. Akanksha had in several interviews talked about Paras and Mahira's relationship and even had revealed that she was hurt by the way Paras addressed their relationship on the show. The duo parted ways while Paras was still in the show.

Bigg Boss 13 concluded earlier this month with Sidharth Shukla as its winner. Post that, Paras Chhabra took part in another Colors TV show called Mujhse Shaadi Karoge, in which he currently stars with another Bigg Boss 13 contestant Shehnaz Gill.