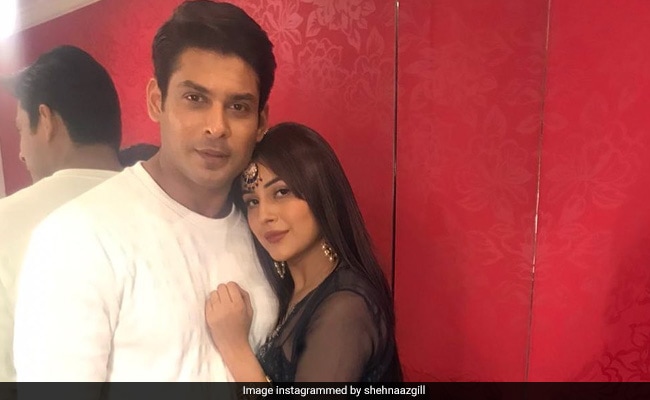 Sidharth Shukla and Shehnaz Gill were arguably the most popular contestants on the last season of the popular reality TV show Bigg Boss and the Twitter trends have proved that time and again. The hashtag #SidNaaz became extremely popular on Twitter. The reason we brought this up today is because the former Bigg Boss 13 contestants met once again after the show and their fans can't keep calm. On Wednesday, both Sidharth and Shehnaz shared pictures from their reunion, on their respective Instagram profiles. The duo met for the shooting of an episode of the show Mujhse Shaadi Karoge. Sharing the picture on her Instagram profile, Shehnaz Gill wrote: "#Sidnaaz" and added fire emojis to the post. Meanwhile, Sidharth shared a picture with Shehnaz from the sets of the show and wrote: "Back again. My first post."

Take a look at Sidharth and Shehnaz Gill's post here:

During Bigg Boss 13, Shehnaz confessed her love for the Balika Vadhu actor on several occasions. The contestants became good friends and Sidharth appeared on the first episode of the show Mujhse Shaadi Karoge, in which Shehnaaz Gill and Paras Chhabra try to find a suitable life partners for themselves.