Bigg Boss Season 13: Mahira after she told Kunal that he can't break Bigg Boss properties otherwise he will "break" him 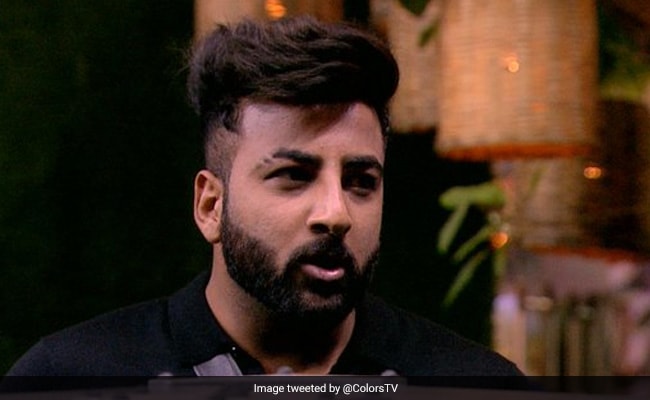 On the 125th day in the Bigg Boss house, the contestants and their connections left no chance to lock horns with each other. All the arguments going on during the captaincy task made it a little difficult for the contestants to choose friendship over family. As we saw in the previous episode, several connections of the contestants had entered the house to support their close ones. For Aarti, it is her sister-in-law Kashmira Shah, Himanshi for Asim, Vikas for Sidharth, Shehbaz Gill and Kunal Singh for their siblings Shehnaz and Vishal, respectively. An argument broke out between Vishal, Mahira and Vishal's brother Kunal. Supporting his brother, Vishal confronted Mahira and warned her not to misbehave with Kunal. Irked by this, Mahira further provoked Vishal and right after that, Kunal commented about her father.

Soon the argument turned into an ugly fight between Mahira, Vishal and his brother Kunal. When Mahira told Kunal that he cannot break properties belonging to the house otherwise Bigg Boss will "break" him and send him outside the house, Shehnaz's brother Shehbaz intervened. He asked Mahira how she can talk like that to Kunal and when Paras started taking a jibe at Kunal on behalf of Mahira, Shehbaz called him "Mahira ka pappu." Mahira then targeted Shehnaz but the latter refused to engage in a fight with her.

Meanwhile, one can also say that love has taken over the Bigg Boss house. Asim, who is head over heels in love with Himanshi, confessed his feeling to her several times but she appeared to be a bit reluctant. When Rashami and Vikas noticed this, they confronted Himanshi and asked her to have a clear conversation with Asim. Affected by the conversations, Himanshi opened up to Rashami and revealed that someone close to Asim has asked her not to confess her love to him.

In the next episode, we will see why Himanshi will fall unconscious during the captaincy task. Follow this space for more updates on Bigg Boss 13.