"If this is real self, then I don't think I can be with a person like that. I am okay being alone," said Akanksha 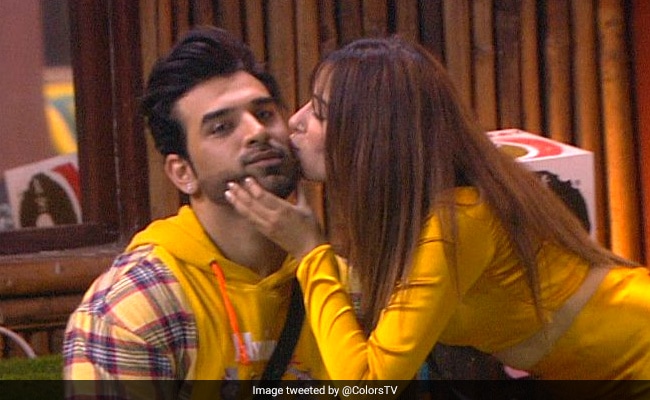 Bigg Boss contestant Paras Chhabra's actress girlfriend Akanksha Puri is "upset" with him, courtesy his growing fondness for another contestant Mahira Sharma. In an exclusive interview with Pinkvilla, she said she's not "okay" with the way things are happening between her boyfriend and Mahira in the house. Akanksha also revealed that she was approached earlier by the channel to enter the house as a wild card contestant but she refused as she "didn't want to meddle" with her boyfriend's game but now things are "going overboard." Akanksha told the publication: "I have sent him perfumes and shoes and packed his wardrobe for him. And he very gladly gave it away to Mahira. I was very upset about it. I don't know what script he is writing inside but it is really not cool. Now it is going overboard. Mahira is biting his hand and whatnot. I don't know what is happening.

"I can still consider that he is desperate to win the show because he has struggled a lot, did small jobs to be able to come here, so I am waiting to hear from him. I did not speak about it earlier, the channel wanted me to go inside the house as a wildcard along with Hindustani Bhau and others, but I did not go. I did not want to meddle with his game," said Akanksha, adding: "If tomorrow someone gets flirty with me and bites my hand, he would have got so possessive. He is very dominating that way. How will I be okay with all that is happening inside?"

Paras Chhabra participated in Splitsvilla before Bigg Boss 13. From day one in the Bigg Boss house, he has trended for his equations with Mahira and Shehnaaz, where the duo have confessed that they like him. On Friday night's episode, Mahira even kissed Paras and warned Shehnaaz to stay away from him.

Speaking about Paras and Mahira's equation, Akanksha added that if Paras is showing his real side on the show then she would prefer "being alone" than "staying" with him. "I am trying to give him a benefit of doubt but after a point, I just don't know what is happening. If this is real self, then I don't think I can be with a person like that. I am okay being alone. I haven't seen this personality of his in the last few years. I can't stay with such a person as a partner," she told Pinkvilla.

Paras has not openly confessed his feeling for Mahira but his actions speaks louder than his words.