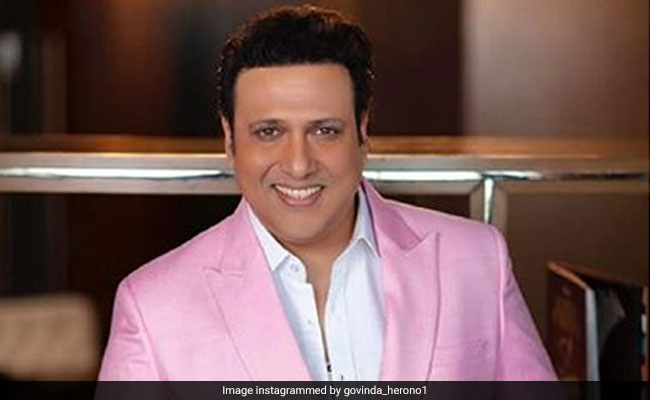 Govinda's explosive claims about suggesting the title Avatar to Hollywood director James Cameron for his 2009 film and what spoiled his relationship with filmmaker David Dhawan on Aap Ki Adalat, ensured he had a top spot on Tuesday's list of trends. The 55-year-old actor, speaking to host Rajat Sharma, claimed that he was offered a role in James Cameron's 2009 blockbuster Avatar, which he apparently refused as he couldn't set aside 410 days for the shooting and also because he was not okay with the use of body paint. In addition, Govinda claimed that he suggested the title Avatar to the filmmaker and told him that the film would become a huge hit.

"I gave the title of the film (Avatar). It turned out to be a super hit film. I told him (James Cameron) that the film will do really well. I told him that I feel it will take seven years for him to complete the film. He got angry. When I said so, he asked, 'How can you be so sure that I won't be able to make Avatar for seven years?' I told him that what he was imagining was something almost impossible," Govinda said on the show.

Avatar, in case you are wondering, is the very same Avatar that was only recently dethroned by Avengers: Endgame as the top earning film of all time. Ever. It also won three Oscars. Avatar, a sci-fi fantasy about humans colonizing a planet called Pandora for its mineral unobtanium, starred Sam Worthington, Zoe Saldana and Sigourney Weaver.

On Aap Ki Adalat, Govinda was also asked about several other offers which he allegedly rejected and which went on to become super successful at the box office - among them were Yash Chopra's Chandni, Sanjay Leela Bhansali's Devdas (Govinda turned down the role of Chunnilal), Subhash Ghai's Taal and Anil Sharma's Gadar.

Govinda revealed that he declined to be a part of Gadar because of the explicit language in the script. He was allegedly offered Rishi Kapoor's role in Chandni, which he refused as he thought the film wouldn't work if he played the wheelchair-bound protagonist. Govinda wanted Subhash Ghai to change the title of his film Taal and he claimed he couldn't connect with the character of Chunnilal in Devdas. Govinda also said that he would've done the film if lead star Shah Rukh Khan had requested him to take up the role as a friend.

In 2017, Govinda first discussed his tiff with director David Dhawan, with whom he made over 17 films in the Nineties. Govinda had said that he went with the concept of Chashme Baddoor to David Dhawan, which film the director later made with Rishi Kapoor. Recounting the story, Govinda said on the show, "Once I asked my secretary to keep the phone speaker on, so that I could listen what he (David Dhawan) was saying. I heard David saying, 'Chi Chi (Govinda's nickname) is asking a lot of questions' and he told my secretary to ask me to take up small roles. This shocked me and I decided never to work with him. After 4-5 months, I again rang him up just to find out if he would give me a guest appearance in his film. At that time he agreed but he never called me back again."

On Aap Ki Adalat, Govinda also talked about his relationship with co-stars like Kader Khan and Karisma Kapoor, among others. He also talked about the struggle he went through while starting out as an actor to later become wildly successful, starring in over 40 films at a time.