Govinda And I Have Maximum Enemies, People Want Us Finished Off: Pahlaj Nihalani 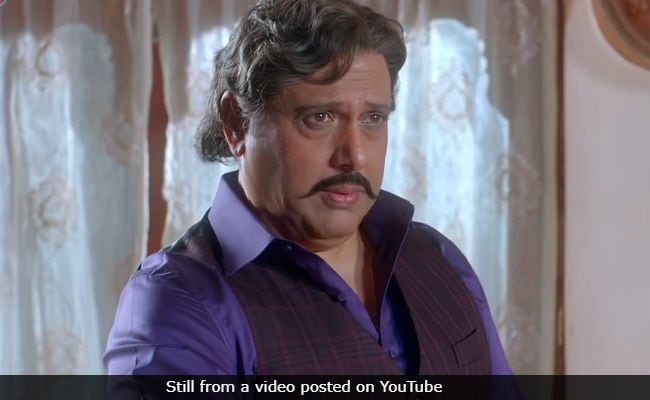 Govinda in a still from Rangeela Raja. (Image courtesy: YouTube)

Rangeela Raja, Pahlaj Nihalani-backed comeback vehicle for Govinda, did not open well. Mr Nihalani says it is because his film did not get the theatres required as the entertainment industry is run by a "glamorous mafia." "I am being targeted for my blunt views on the workings of the Central Board of Film Certification (CBFC), and because of me, my leading man Govinda is being targeted. If you ask me, Govinda and I have the maximum number of enemies in the film industry," Mr Nihalani said.

Speaking about the lack of theatres for Rangeela Raja, the former CBFC chief says he was refused a release in places like Bihar and Jharkhand.

"These are traditional strongholds of Govinda. And not a single theatre in Patna or Ranchi agreed to play Rangeela Raja. Why? Because my film is bad? Are only quality films released in theatres? And who decides that my film is substandard? A handful of critics for whom I did not have a press show, so they are upset with me and they are taking it out on my film," he said.

Mr Nihalani also says he suspects the hands of some big guns in sabotaging Rangeela Raja.

"I know who they are. I know the people who want to finish off Govinda and me. The entertainment industry is run by a glamorous mafia. They all sit, eat, sleep and make movies together. Solo producers like me with no corporate backing are being pushed out of the film industry in the name of corporotisation," he said.

But Mr Nihalani says he isn't going away anywhere. "I belong to this industry as much as those who are currently monopolising the A-list stars. I will make another film with Govinda and prove he too is an A-list star," he said.

Mr Nihalani says he has always believed in introducing new talent and will continue to do so.

"I introduced Govinda and Chunky Pandey. In Rangeela Raja I've introduced Mishika Chourasia. I am confident she has a very bright future. Unless the industry will punish her for being Pahlaj Nihalani's protege."