Rangeela Raja, which had been ordered 20 cuts by CBFC, has been passed with only three cuts by the Film Certificate Appellate Tribunal (FCAT) 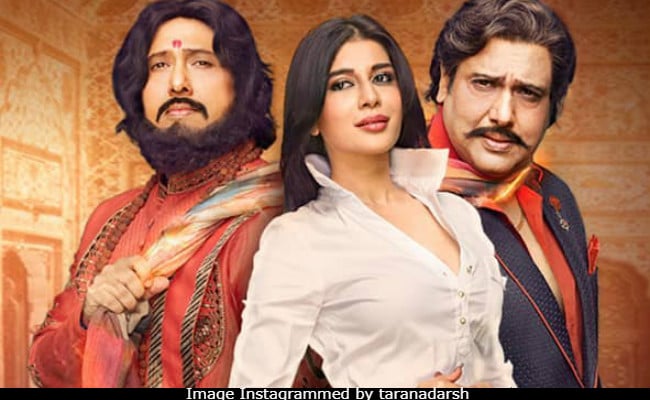 The battle of words with the Central Board Of Film Certification (CBFC) has ended for Pahlaj Nihalani. His film Rangeela Raja, which had been ordered 20 cuts by the Examining Committee, has now been passed with only three cuts by the Film Certificate Appellate Tribunal (FCAT), also known as the Tribunal. But according to Mr Nihalani, even those cuts are unjustified.

"They have objection on my using names from the Ramayana and the Mahabharata. Do they think they own these scriptures? The holy books belong to all of us. And we know how to respect them."

"They also feel I was disrespecting women in the film. I've never done that in my 40 years as a filmmaker. In our family, women run the show," Mr Nihalani said.

He feels the CBFC has practised a vendetta policy against him.

"Since I was the CBFC chairperson and I am no longer there, they decided to teach me a lesson. The 20 cuts that they originally ordered were all unwarranted, unjustified and grossly unfair.

"If I was the CBFC chairperson, I wouldn't have ordered a single cut in my film. But then I don't know where my successor is. I've never met him during my attempts to get my film out of the CBFC's clutches," he said, referring to current censor board chief Prasoon Joshi.

Now that the Govinda-starrer has been cleared, Mr Nihalani will release it on January 11.

"I can't release it in December with Shah Rukh Khan's Zero or Ranveer Singh's Simmba. Who will pay for the heavy losses I've suffered because of the delay?"