Pahlaj Nihalani has challenged the decision of 20-odd cuts in his upcoming film "Rangeela Raja". 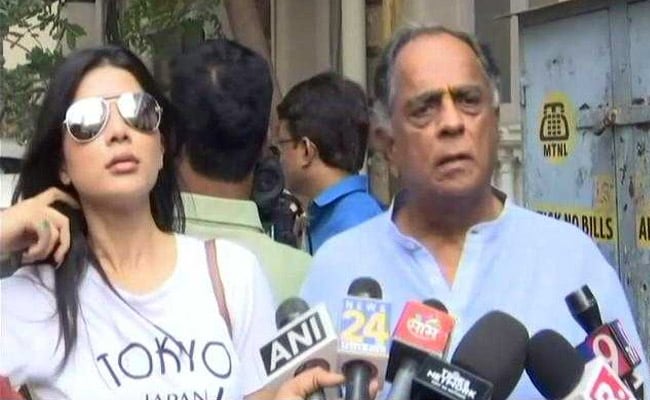 Former Chairman of the Central Board of Film Certification and producer Pahlaj Nihalani has challenged the censor board's suggestion to make 20-odd cuts in his upcoming film "Rangeela Raja."

"The government doesn't want Ram's name to be taken in the film but wants a Ram Mandir," said producer Pahlaj Nihalani after he moved the Bombay High Court challenging the decision.

Moving the plea, the court on Wednesday asked the tribunal to hear the issue on the already given date of November 23.

"We are waiting for FCAT's decision which will come out on November 23 and if we agree to their decision, the movie will be released. Or else we have to come back here on November 28. The censor board should be ashamed and shut down for removing Ram's name from the film," said the former censor board chief.

Talking about his plea, Mr Nihalani also mentioned how it is unjustified for the film. "All the pain is unjustified. Many people including politicians have talked about Ram Mandir and Ayodhya but they don't want to see it in a film," he added.

This comes almost two weeks after the Court's vacation bench refused to urgently hear Mr Nihalani's plea against the CBFC regarding his next venture. Mr Nihalani has claimed that the cuts suggested for his film were illogical and meaningless. "There is no vulgarity, no double meaning dialogues. Still, I've been asked to delete a massive number of dialogues and scenes," he had told ANI.

The producer had also alleged that the CBFC prioritized multi-starrer 'Thugs Of Hindostan' over his film, as chairman Prasoon Joshi is 'friends' with Aamir Khan.

He had also stated that the CBFC did not follow the set guidelines for reviewing a film within 21 days of the makers approaching the board.