On his birthday, Govinda along with wife Sunita Ahuja and daughter Tina visited the Siddhivinayak Temple 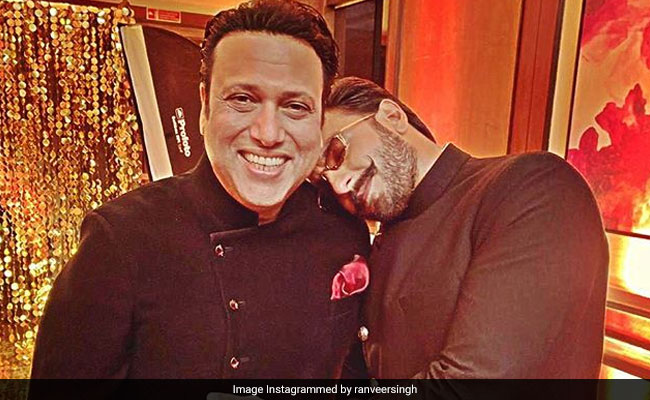 On "Hero No 1" Govinda's 55th birthday, Ranveer Singh delighted everyone by sharing a wonderful picture of himself with the actor on Instagram. The picture shared by Ranveer is from Priyanka Chopra and Nick Jonas' second wedding reception in Mumbai, which took place on Thursday. Ranveer, who attended the party with Deepika Padukone, caught up with his Kill Dil co-star Govinda, who had arrived with his wife Sunita Ahuja and daughter Tina. "Hero No 1," Ranveer captioned the photo. Directed by David Dhawan, Hero No 1 was a romantic-comedy film, which featured Govind and Karisma Kapoor in lead roles. Govinda is best remembered for featuring in a series of "No 1" films such as Biwi No 1, Shaadi No 1 and Anari No 1.

Ranveer, who is a self-confessed fan of the 55-year-old actor, was overwhelmed to meet him and his expression in the picture is proof. The picture shared by Ranveer has been liked by Arjun Kapoor, Sonakshi Sinha, Neha Dhupia, Karisma Kapoor and Arjun Rampal.

Actress Raveena Tandon, who co-starred with Govinda in several films like Dulhe Raja, Waah! Tera Kya Kehna, Rajaji, Anari No 1 and Sandwich, also shared a birthday post for the actor. Raveena Tandon shared two photos with the actor on Instagram, which are also from Priyanka and Nick's reception party. "Happy birthday, Govinda. No one, just no one can ever be you, bringing laughter and joy to all, lots of love and the warmest wishes always," Raveena wrote.

Happy birthday @govinda_herono1 no one, just no one can ever be you, bringing laughter and joy to all, lotsa love and the warmest wishes always !

Ranveer Singh in an earlier interview to news agency IANS had said that he is a "huge fan" of Govinda. "I am a huge Govinda fan. Accessories in my bedroom are arranged in the Raja Babu way. All the hats, all the shoes, all the sunglasses. Govinda is an all-time great, one of the most mesmeric talents to have ever graced the scene," Ranveer was quoted as saying.

Ranveer Singh, who had featured with Govinda in 2014's Kill Dil, also shared his experience of working with the actor in the film. "Kill Dil was a real trip for me. Both him and Anil Kapoor (with whom Ranveer co-starred in Dil Dhadakne Do)... I get the same feeling, I didn't know what was happening. (It was) really surreal. Just to have been slapped by Govinda on-screen felt like 'life ban gayi'," he added.

Meanwhile, Govinda along with Sunita Ahuja and Tina visited the Siddhivinayak Temple on his birthday. Govinda was all smiles and waved to his fans and also posed for the shutterbugs.

Take a look at the photos of Govinda and his family outside the Siddhivinayak Temple in Mumbai:

Govinda with wife Sunita Ahuja outside the Siddhivinayak Temple 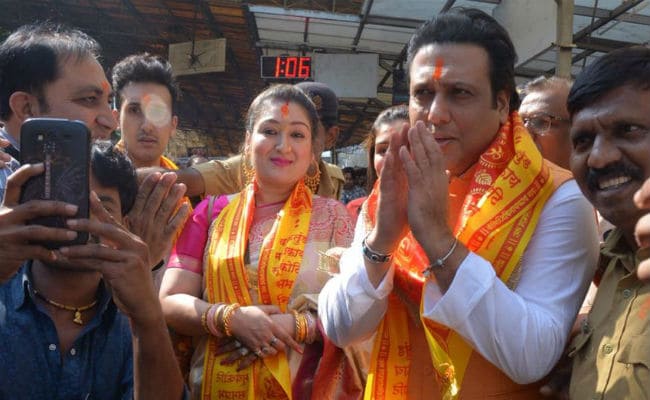 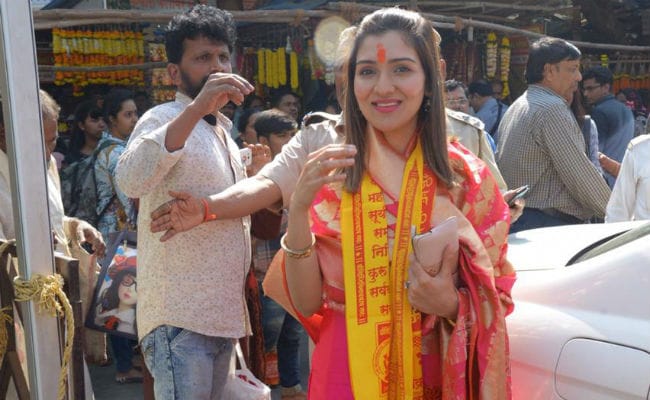 On the work front, Govinda is currently gearing up for the release of Rangeela Raja, which hits the screens on January 11. Govinda will be seen in a double role in his upcoming film.