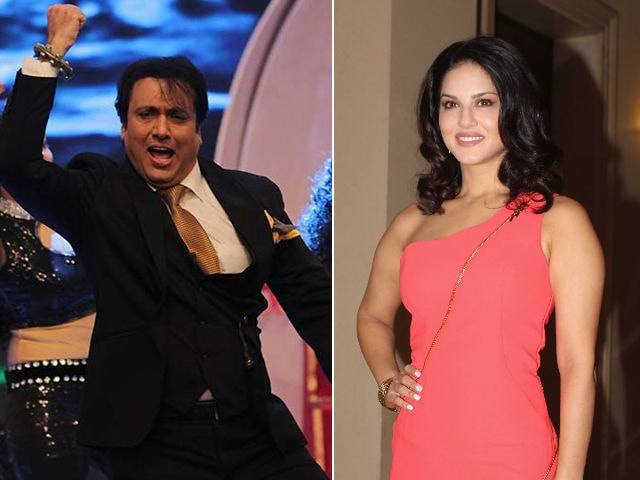 Govinda danced to the song with Sunny Leone and her husband

New Delhi: Actor Govinda celebrated his birthday in style on Wednesday. His party guests, Sunny Leone and her husband Daniel Weber, posted a glimpse on Twitter. Govinda, now 53, celebrated his birthday with some of his Bollywood colleagues and Sunny Leone, whose song Laila Main Laila from Shah Rukh Khan's Raees released yesterday, attended the do. Sunny and Daniel "taught" Govinda how to dance to one of his own hits - Ankhiyon Se Goli Maare from 1998 film Dulhe Raja. Daniel shared a 15-second clip on Twitter and wrote: "Once in a while you get to teach a legend a step or two. Happy birthday Govinda." Sunny Leone shared the same clip and added: "Epic!! Lol."

Once in awhile you get to teach a legend a step or 2 . Happy birthday Govinda !!!! pic.twitter.com/4u24vOpmAk

Sunny Leone shared another video snippet in which she wished Govinda a happy birthday and looked rather excited. Sunny wore a green dress and looked really lovely while Govinda wore a steel grey suit:

Meanwhile, Govinda also announced his new film on Wednesday. The film, titled Aagaya Hero, will release on February 24. Govinda made his Bollywood debut with 1986 film Ilzaam. Hero No 1, Gentleman, Raja Babu, Coolie No 1 and Sajan Chale Sasural are counted among his popular films.

Promoted
Listen to the latest songs, only on JioSaavn.com
Govinda's last big screen outing was in 2014, when two of his films - Kill Dil and Happy Ending - released. However, both failed to make a mark at the box office.

Govinda will also be seen in Ranbir Kapoor and Katrina Kaif's Jagga Jasoos, which releases on April 7. The film is directed by Anurag Basu.