Trending: For Justin Bieber And Wife Hailey, "The First Year Of Marriage Was Tough" 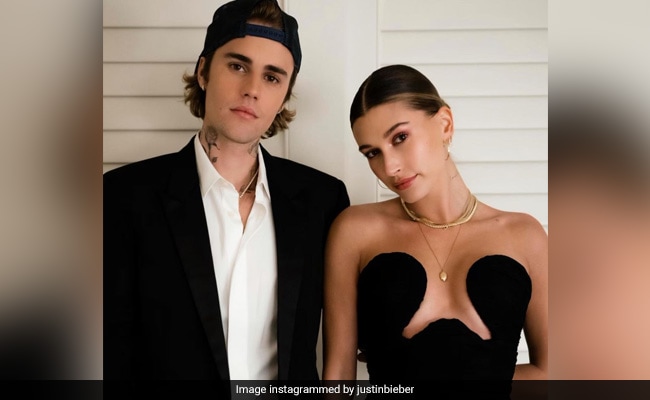 Singer Justin Bieber, who has been married to American model Hailey Baldwin for over two years now, opened up about his marriage in a recent interview with GQ magazine. Terming his wedding as his "calling," the 27-year-old singer told the publication that he always wanted to "get married," but he also accepted the fact that the initial year of his marriage was tough. "I just felt like that was my calling. Just to get married and have babies and do that whole thing," he told GQ magazine. He then shared that "lack of trust," due to his past "trauma" made the first year of his marriage "really tough." Talking candidly about the phase of his life, Justin Bieber said: "The first year of marriage was really tough because there was a lot, going back to the trauma stuff. There was just lack of trust.There was all these things that you don't want to admit to the person that you're with, because it's scary. You don't want to scare them off by saying, 'I'm scared.'"

Justin Bieber and Hailey Baldwin had been friends since their teenage but it was only in the year 2014 that they started dating each other. After being in a relationship for a while, the couple called it quits only to have their romance rekindled in 2018. They secretly got married in a courthouse in New York in 2018. Hailey and Justin later hosted a grand wedding ceremony for their friends and family on September 30, 2019.