On December 10, an overwhelmed Kapil Sharma made the baby announcement with a tweet 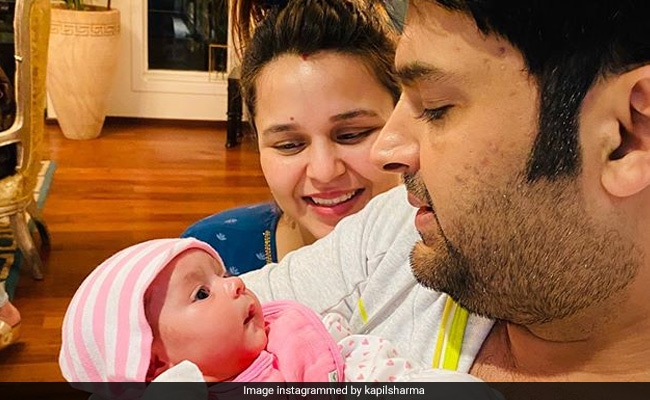 Kapil Sharma's post comes after photos of the actor comedian with his baby daughter, from what appears to be his mother Janak Rani's birthday celebrations, went crazy viral. In one photo, Kapil's daughter can be seen sleeping peacefully while Kapil's mom treats him to a piece of the birthday cake.

Here are some of the photos and videos that went viral on social media.

On December 10, an overwhelmed Kapil Sharma made the baby announcement with a tweet, writing: "Blessed to have a baby girl. Need your blessings. Love you all."

Kapil Sharma and Ginni Chatrath got married in Jalandhar in December 2018. The couple continued their wedding festivities with two blockbuster reception parties - one in Amritsar and the final one in Mumbai. Kapil and Ginni were joined by the who's who of Bollywood at the Mumbai reception, including Ranveer Singh and Deepika Padukone, who got married just the month before.

Just days after Kapil became a father, Deepika revealed in the comments section of an Instagram post that the actor-comedian showed her photos of his daughter. "She's adorable," Deepika commented along with the heart-eyed emoji.

Kapil Sharma currently appears on television as the host of second season of The Kapil Sharma Show.