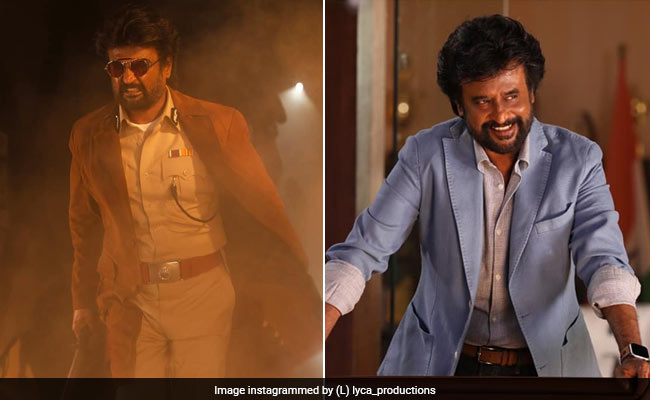 Attention, folks! The makers of Darbar posted pictures of Rajinikanth's looks from the film and they went insanely viral on social media in no time (why are we not surprised). Rajinikanth, who plays the role of a police officer in the film, can be seen dressed in a police officer's uniform and the expression on his face is intense in the first look. In the other photograph, the 68-year-old actor, dressed in a semi-formal outfit, can be seen smiling with all his heart as he looks away from the camera. The makers of Darbar even started a contest, as a part of which they asked fans to "get creative" and design the film's official posters.

Check out the different looks of Rajinikanth in Darbar here:

HD photos of our very own Thalaivar & Title Design of #Darbar, get creative and do what you do the best #Darbarposterdesign, the best design will be selected and released officially. Link on Bio

Darbar has been directed A R Murugadoss and it wouldn't be wrong to say that is arguably one of the most awaited films of 2020 as Rajinikanth will be seen playing the role of a cop after 25 years on screen. He was last seen as a police officer in the 1992 film Pandian. The film also features Nayanthara, Prateik Babbar, Niveda Thomas and Dalip Tahilin pivotal roles.

Darbar was earlier titled Thalaivar 167. The film has been produced by Lyca Productions, which had also backed Rajinikanth and Akshay Kumar's 2018 film 2.0.