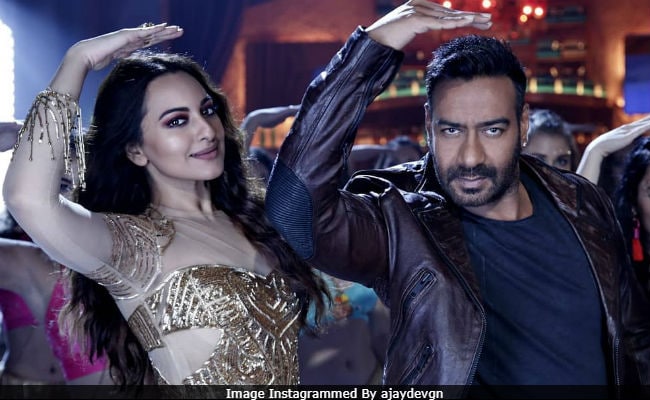 The makers of Ajay Devgn's Total Dhamaal released a new song from the film, titled Mungda, which is a remixed version of Helen's classic song. Sonakshi totally aces the steps and looks chic in a golden outfit. Ajay Devgn later makes a dhamakedar entry and joins Sonakshi. "Bring out the latke jhatke and get on the dance floor because Mungda is out now," the actress wrote while sharing the song. Akshay Kumar too promoted Mungda 2.0 and wrote, "When two of your favourites Sonakshi Sinha and Ajay Devgn come together to recreate your favourite song Mungda, it is nothing less than Total Dhamaal." Mungda is recreated by Gourov and Roshin while Jyotica Tangri, Shaan and Subhro Ganguly have sung it.

The old Mungda song, from the film Inkaar, was sung by Usha Mangeshkar.

Total Dhamaal is the third film to the successful Dhamaal franchise, which originally began with Riteish Deshmukh, Arshad Warsi and Jaaved Jaaferi.

Total Dhamaal was earlier scheduled to release in December but had to be postponed due to some post-editing procedures. Speaking to news agency IANS about the film's delay, Jaaved Jaaferi said, "There are lots of special effects in it and it was consuming lot of time... They didn't want to compromise on anything that is the reason why they shifted it to February."