Kalank To Total Dhamaal: Ensemble Cast Proves To Be An Evergreen Money-Making Trend 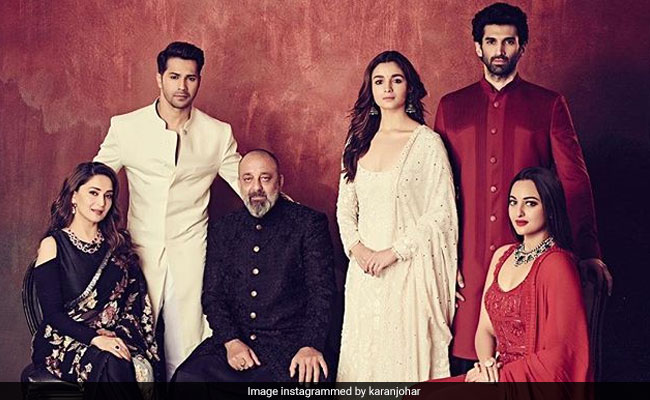 Kalank, starring actors like Madhuri Dixit, Alia Bhatt, Varun Dhawan and Sanjay Dutt, made Rs 21.60 crore on its first day, making it the highest opener of 2019 so far. With more all-star cast movies lined up this year, a trade expert says most filmmakers tend to adopt the hit formula as it's one of the ways to pull audiences from their palms and laptops into the theatres. "Multi-starrers have always drawn in audiences. It is not a recent trend though. I remember films like Shaan and Naseeb were also multi-starrers. But now, audiences have a lot of options for entertainment. They don't just have the option of going to cinema but can also watch films on phones. So, to lure audiences to the big screen, multi-starrer films come quite handy," film and trade expert Girish Johar told IANS.

With the presence of stars, the scale of a film rises.

"Also, each star has his own fan following so that increases audience's base and the penetration of the film gets wider," he said, adding that the content has to be good too.

The box office performance, he felt, also depends on how they are made and when they are released. For instance, two single hero films this year, Kesari and Gully Boy, raked in Rs 21.06 crore and Rs 19.40 crore on the opening day respectively, while Total Dhamaal, also with an elaborate ensemble cast, brought in Rs 16.50 crore. "If there are too many films releasing on the same day, it might affect the box office figures. But multi-starrers do have an edge," said Girish Johar.

Anees Bazmee said he doesn't rope in actors just for an additional face on his films' posters.

"If there are seven to 10 actors, then there will be seven to 10 characters in the film. They should feel like it's their own film," the filmmaker told IANS. "Also, making a multi-starrer film is very challenging. It's difficult to manage their dates," he added.

Actor Kunal Kemmu has been a part of filmmaker Rohit Shetty's Golmaal franchise for a while now. He has also been part Go Goa Gone and "Kalank. When asked what he liked about being a part of multi-starrer movies, Kunal Kemmu told IANS: "The most important reason is that it's not on your shoulders."

But that's not the only reason.

"It's the story that always attracts me. A film like Golmaal only works because of all of us. It is as much Ajay's (Devgn) film as it is mine or Arshad's (Warsi) or Tusshar's (Kapoor). These are the stories of the gang," Kunal said.

Girish Johar concluded by saying: "Multi-starrer films were in trend in the past, are in the present and will be in the future too."

(Except for the headline, this story has not been edited by NDTV staff and is published from a syndicated feed.)
Comments
kalanktotal dhamaalgood news