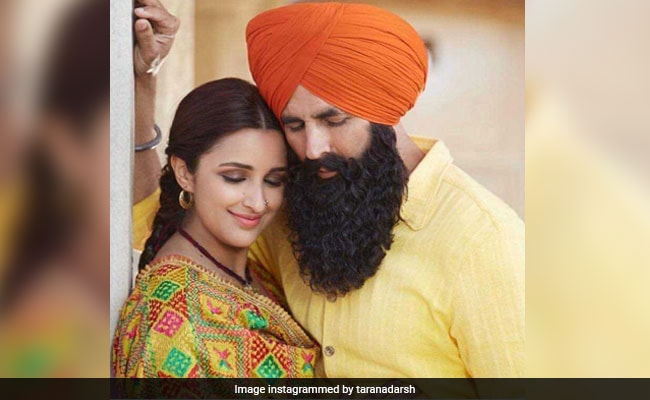 Akshay Kumar and Parineeti Chopra in a still from Kesari. (Image courtesy: taranadarsh)

Anurag Singh's Kesari, which stars Akshay Kumar in the lead role, crossed the 100-crore-mark on Wednesday. The film has not only earned Rs 100 crore within a week of its release, it has also become the "fastest 100 crore grosser of 2019," reports Bollywood trade analyst Taran Adarsh. According to Taran Adarsh, the film earned a whopping Rs 6.52 crore on Wednesday alone and entered the 100-crore-club. The period drama has even left behind Ranveer Singh's Gully Boy and Ajay Devgn-led Total Dhamaal, which had crossed the 100-crore-mark on the eighth and ninth day of their release respectively.

Kesari's impressive box office success doesn't come as much of a surprise as the film garnered a whopping sum of Rs 21 crore on its opening day and emerged as the "biggest opener of 2019."

Kesariopened to largely positive reviews from film critics. In his review for NDTV, film critic Saibal Chatterjee gave the film 3 stars out of five and praised film's lead actor Akshay Kumar for his impressive performance and wrote; "With Akshay Kumar doing the heavy lifting with unwavering enthusiasm, the star's fans will find it easy to get into the swing of this tale of extraordinary courage in the face of daunting adversity."

Kesarihas been directed by Anurag Singh and it has been produced by Karan Johar's Dharma Productions and Cape of Good Films. The film also stars Parineeti Chopra. The film is based on the Battle of Saragarhi, which took place in 1897.