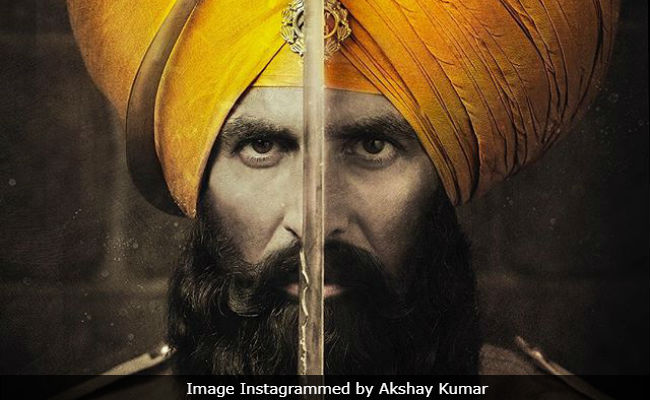 Anurag Singh's Kesari brings to the big screen the famed 1897 Battle of Saragarhi, which witnessed 21 valiant soldiers of the 36 Sikh Regiment take on a 10,000-strong army of Afghan tribesmen in the rugged terrain of what is today Khyber Pakhtunkhwa. The film is well mounted and shot. It is impressive in terms of scale. The production design by Subrata Chakraborty and Amit Ray, the stunt coordination by Lawrence Woodward (Mad Max: Fury Road, Peter Rabbit) and Parvez Shaikh (Tiger Zinda Hai, Sultan, Gold) and the cinematography by Anshul Chobey more than measure up to the film's grand ambition.

But it would all have been infinitely more stirring had it been informed with a dose of hard-nosed realism, an element that is sorely lacking in Kesari. The director opts for broad strokes over subtle explorations in probing the wages of war and the psychology of the men in the thick of the action.

Pinning all its hopes on the undeniable star power of Akshay Kumar, Kesari lays it on too thick, leaving little room for the emotional turmoil raging in the minds of the brave men who go into a battle that they have no way of surviving, let alone winning. With the enemy at the gates of the Fort of Saragarhi, the British Indian Army's communications hub in the remote region, they have the option of abandoning their posts. But the men opt to stay put and fight for pride. Their decision isn't prompted by the salary they receive, the uniform they sport, or the Union Jack that flutters over the fort.

As the hero puts it after he replaces his earth-hued turban (perfectly in sync with the dry, dusty landscape) with a kesari(saffron) one - it represents courage and sacrifice, he says - his fight is for all martyrs for freedom, all people under foreign yoke and "my Guru", going from the pan-Indian to the deeply personal and religious in the same breath. The question uppermost before the protagonist is about his identity as a warrior: is he a paid soldier, a slave to the British rulers or a man wedded to his principles? 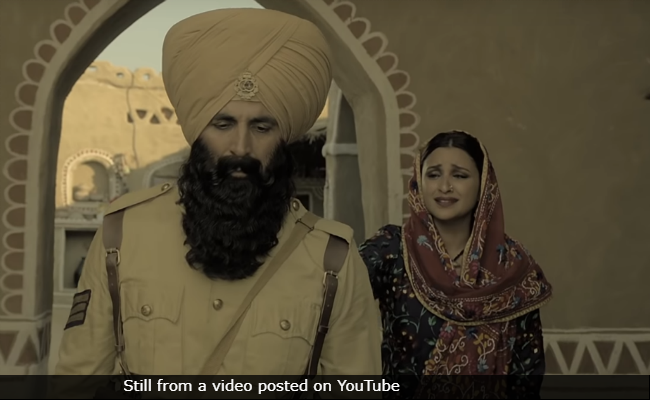 Akshay and Parineeti in Kesari.

Akshay, playing a farmer-turned-warrior, Havildar Ishar Singh, goes all out to ramp up the film by breathing life into the soldier who leads the glorious resistance, but most of the other actors - the large cast has quite a few competent ones on both sides of the battle lines - aren't given the space or scope to rise above the din. Parineeti Chopra puts in a special appearance as the woman in Ishar Singh's life. The screenplay, co-written by the director and Girish Kohli, is unable to apportion to her anything more than a peripheral presence in this predominantly man's world.

The only other woman who has more than one scene inKesariis Gulwarien (played by Canadian fashion photographer Toranj Kayvon), an Afghan woman on the verge of being executed for running away from her abusive husband. She is rescued in the nick of time by Ishar Singh - an act that triggers an attack by the Afghans on one of the forts controlled by the British. By way of punishment, Ishar is banished to Saragarhi, where a small band of men have fallen into the habit of whiling away their time in worthless pursuits, including getting worked up over cock fights. Ishar's arrival as their chief is the turning point.

The worst done by are, as always, the actors cast as British officers, Edward Sonnenblick and Mark Bennington among them, who do little besides barking orders and belittling the Indians under them. One such unkind cut - there is something in the soil here that breeds cowards, an Englishman says - sends Ishar into a blue funk. He resolves to come up with a jawaab (response) to that jibe in deed, not just in words.

Only a handful of the Indian sepoys are allowed some leeway, and they add welcome nuance to the war film. One subtext in Kesari hinges on Bhola Singh (Rakesh Sharma), a Mazhabi Sikh sepoy who never smiles. Having faced caste oppression all his life, Bhola is an unhappy loner.

No matter how hard a fellow soldier, Jiwan Singh (Vivek Saini), tries to cheer him up with jokes and funny anecdotes, Bhola remains unmoved. He breaks into laughter only when, faced with an imminent attack by the Afghans, Ishar Singh tells his men that the British have ordered the Saragarhi soldiers to flee. Bhola has obviously confronted bigger challenges in life than the mere fear of death.

Finally, when he is felled in the course of a fierce seven-hour skirmish on September 12, 1897, Bhola Singh dies with a smile on his face but not before declaring to his mates that death is a great leveller that will set him free forever. His connection with Jiwan Singh is sustained until the very end - the two men breathe their last lying side by side.

Another bit of layering that works in Kesari pertains to 19-year-old Gurmukh Singh (Surmeet Singh Basra), the lamp operator who is the only one among the 21 soldiers who knows some English. He mans the device that is used to send and receive messages to and from the two other strategic forts in the area - Gulistan and Lockhart.

The wet-behind-the-ears teenager has never seen war or fired a gun. So he is completely out of his depth when the battle erupts. The loss of young Gurmukh Singh's innocence - he mutates into a defiant soldier after seeing his colleagues lose their lives one after another - is inevitable collateral damage.

That apart, despite being a film about military valour and patriotic fervour, Kesari not only emphasizes the horrors of war, but also shuns jingoism and religious binaries of the sort that such cinematic epics usually thrive on. It does well to emphasize the humane quality of individuals on both sides. The cook in the Fort of Saragarhi is a slightly built Pathan, Khuda Daad (Brahma Mishra), who offers to fight on the side of the soldiers he feeds. Ishar instead gives him the task of offering water to injured soldiers in both camps. "With guns you kill enemies, with water you can kill enmity," he says.

Earlier, Ishar Singh exhorts his men to help him build a mosque in a border village before the onset of winter, reminding them that the foundation stone of Harmandir Sahib was laid by Pir Mian Mir at the request of Guru Arjan. In the thick of the battle, Khan Masud (Mir Sarwar), one of the leaders of the Afghan campaign to wrest the region back from the British, urges his men not to defile the turbans of the fallen Sikh soldiers. 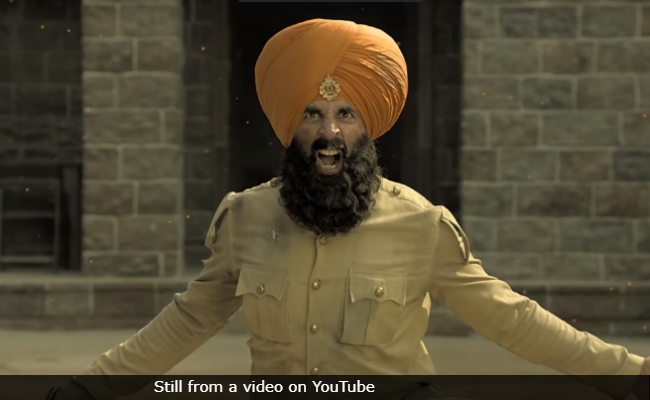 Akshay Kumar in a still from Kesari.

Kesari is a war film with a pleasantly pacifist soul. Just a little tempering of its overt enthusiasm might have prevented the battle scenes from becoming so exhaustingly monotonous at times. The last half hour or so of the film would have worked far better had some restraint being exercised in the staging of the two climaxes - one built around Ishar's last stand, the other around Gurmukh, the boy who turns into the man of the moment.

But for all its flaws, Kesari has enough self-sustaining fire to be a well-above-average film. And with Akshay Kumar doing the heavy lifting with unwavering enthusiasm, the star's fans will find it easy to get into the swing of this tale of extraordinary courage in the face of daunting adversity.