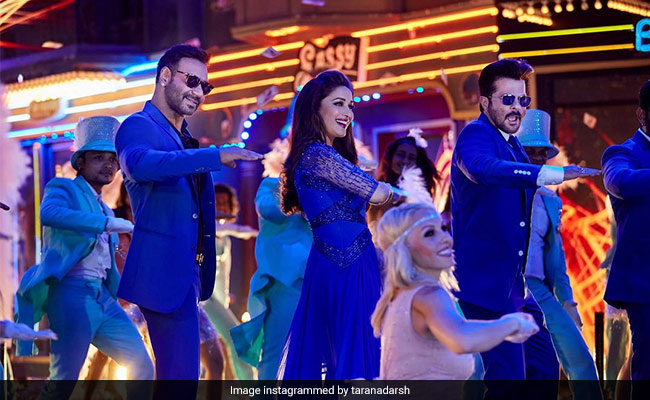 Indra Kumar's Total Dhamaal is going strong in the second week of its release with Rs 127 crore in its pocket (as of Tuesday), tweeted trade analyst Taran Adarsh. "Total Dhamaal continues to be a big favourite in mass circuits... It is these sectors that will keep adding to a strong total, despite reduction of screens in metros... Week 2 total is Rs 127 crore," read Taran Adarsh's tweet. The film features Ajay Devgn in the lead role, supported by Anil Kapoor, Madhuri Dixit, Riteish Deshmukh, Arshad Warsi and Jaaved Jaaferi. Total Dhamaal is the third film in the Dhamaal series.

Total Dhamaal's performance at the ticket window has been steady despite the release of new films like Luka Chuppi and Sonchiriya. Abhishek Chaubey-directed Sonchiriya opened to rave reviews last Friday but it failed to translate into favourable performance at the box office. On the other hand, despite poor reviews Luka Chuppi, starring Kartik Aaryan and Kriti Sanon, has earned Rs 45 crore in five days.

Total Dhamaal was also panned by critics but that did not dictate the film's fate at the box office. Film critic Saibal Chatterjee gave the film one-star rating and wrote in his review for NDTV: "Total Dhamaal is total duh: a slapstick caper that lurches from one brainless gag to another as a bunch of grownups stop at nothing to outdo each other in making utter fools of themselves. It is a zoo out there, literally."