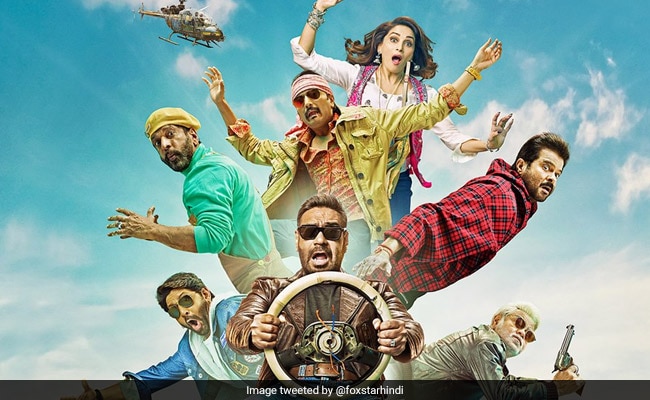 Total Dhamaal Movie Review: Ajay Devgn and others in a poster (Courtesy foxstarhindi)

Total Dhamaal is total duh: a slapstick caper that lurches from one brainless gag to another as a bunch of grownups stop at nothing to outdo each other in making utter fools of themselves. It is a zoo out there, literally. Once they are done with their asinine antics that might have passed off for passable jabs at situational humour if only the screenwriters knew what constitutes screen comedy, the characters wind up in a menagerie where the silent animals - computer-generated and otherwise - seem far more sorted out than the humans who invade the space in search of a missing booty.

Producer-director Indra Kumar, not having learnt his lessons from the low-yielding second Dhamaal outing eight years ago, continues to believe that all you need to elicit laughs is to have characters getting into life-threatening trouble and coming out of it largely unscathed and then continuing to dish out more of the same. Total Dhamaal is Tom and Jerry stuff - mind you, we have nothing against Tom and Jerry stuff when it is the real thing - masquerading as live-action buffoonery. 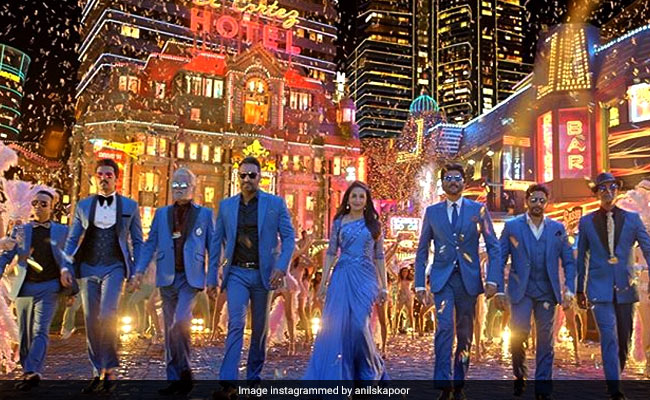 The film has five pairs of cartoonish characters, including a bickering Gujju-Marathi couple played by Anil Kapoor and Madhuri Dixit, sent on a wild goose chase by a dying man's revelation about a secret treasure hidden in a zoo in a place called Janakpur. The bloke who breathes his last surrounded by the aforementioned pairs has enough wind left in his lungs to intone "Mera aakhri waqt aa gaya hai" before giving them a detailed lowdown. But he conveniently drops dead just before he can divulge the exact spot where the treasure is buried.

Total Dhamaal is a multi-starrer that demonstrates how not to waste a star cast that has actors with genuine comedic talent like Arshad Warsi and Javed Jaffrey, who provide some of the film's brighter moments, which, of course, isn't saying much.

Ajay Devgn, one of the producers of the film, plays Guddu, a super greedy conman who gyps a police commissioner (Boman Irani) and his sidekick (Vijay Patkar) of 50 crore rupees - it is their commission for converting Rs 100 crore in pre-demonetisation currency notes. "Police commissioner hoon, 50 per cent commission toh bannta hain," he declares when questioned why his cut is so huge. 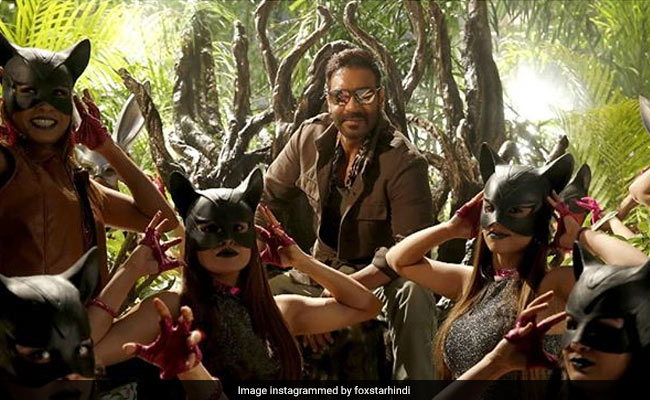 Guddu has no respect for authority. With his accomplice (Sanjay Mishra), he swings into the 16th floor hotel room where the deal is being struck by the police chief and swoops away with the stash. But before he can lay his hands on the cash, the getaway driver (Manoj Pahwa), a former animal trainer, flees with the money. He is the guy who ends up dead a little later and his original calling holds the key to why the two suitcases filled with wads of notes have ended up in a zoo.

Adi and Manav (Arshad Warsi and Javed Jaffrey, both Dhamaal series constants) and the Bhojpuri-spouting Lallan (Riteish Deshmukh, another actor from the earlier two Dhamaal films), along with his fire-fighting mate (Pitobash Tripathy), hit the road in a race to get to the loot before the others can. They and their rivals have to reckon with all manner of hazards on the way - wrecked cars, malfunctioning copters, a precarious bridge across a precipitous canyon, gushing waters from a dam, a steep waterfall, and even an involuntary skydive. 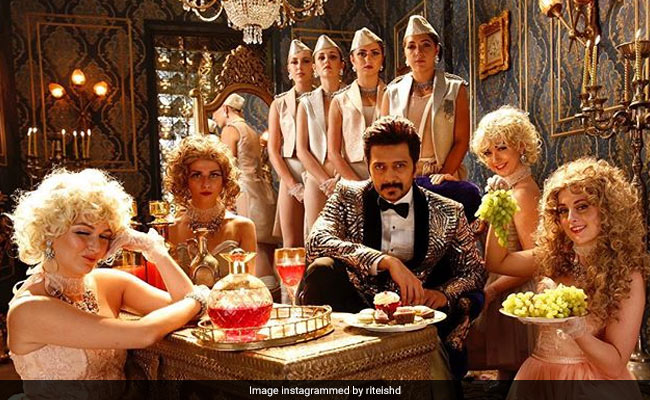 There are moments in Total Dhamaal that could be regarded as funny, but there is nothing funny about the way the film falls back on the erstwhile hit pair of Anil and Madhuri to tap into the power of nostalgia but makes a complete hash of the ploy. It works against the film as well as the two much-loved actors - they struggle to fit into this madcap universe where the past is mined mindlessly, leaving no room for a real harking back to their heydays.

Even the two songs in Total Dhamaal are ripped off from another era - the introductory title song is punched with Paisa yeh paisa kaisa from 1980's Karz, while Mungda mungda main gud ki dali, from 1977's Inkaar, is murdered in broad daylight. Hamstrung by the way the set piece is conceived and staged, 'item girl' Sonakshi Sinha can do little to replicate the magic that Helen brought to the original dance bar number.

In a film in which everything is aimed at offending our cinematic sensibilities, one can only clutch at straws like Jackie Shroff's voice barking orders to Guddu from the "world's most advanced GPS system" in Chindi (chaalu Hindi) or the Johnny Lever cameo that has him playing a Bengali pilot who flies a chopper that he creates from the engine of an auto-rickshaw and takes Lallan and his pal on a disastrous flight. We aren't told what happens to the daft pilot, but his two passengers find themselves dangling from an under-construction highrise at the end of the ride.

Total Dhamaal is pretty much like Lallan. It never gets its act and accent right. Riteish Deshmukh, in the guise of Lallan, ends every sentence with 'bey' to suggest that he is a Bhojpuri speaker. More such unbridled silliness is delivered with abandon in Total Dhamaal. Not to be left out, Esha Gupta (in a special appearance) surfaces in the climax as a zookeeper whose premises are under threat from another character who turns up out of the blue armed with a fake property sale deed and a horrid Tamil accent - Chinnappa Swamy (Mahesh Manjrekar). And then it's a free for all. In a film like Total Dhamaal, the actors are reduced to such chumps that the animals that they run into in the climax - elephants, chimps, tigers, lions, gorillas and other poor creatures who deserve much better - seem to look as askance at them as the paying audience. If nothing else, Total Dhamaal is a great leveller - it reduces all of us, critics included, to dunces, some willing and some not-so-willing. But that would be only if you go anywhere near it. The choice is yours.