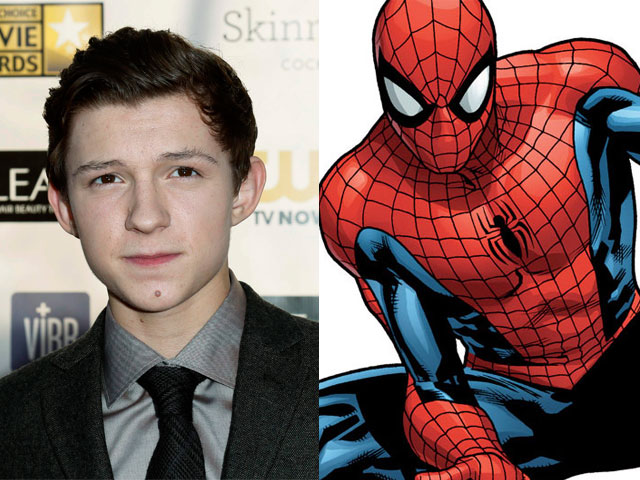 Los Angeles: British actor Tom Holland is Sony Pictures and Marvel Studio's new choice for the new Spider-Man in the coveted Hollywood superhero franchise. The first standalone film, directed by Jon Watts, will be released worldwide on July 28, 2017, the entertainment giants announced in a press release.

Sony Pictures and Marvel, apparently keen to get back to Spidey's schoolboy beginnings in the comics' tradition, picked the up-and-coming teen to play Peter Parker.

"We saw many terrific young actors, but Tom's screen tests were special. All in all, we are off to a roaring start," said Tom Rothman, Chairman Sony Pictures Motion Pictures Group.

Tom Holland, who had a major role in 2012 tsunami drama The Impossible as the son of Naomi Watts' character, takes over the role from Andrew Garfield, who starred in the rebooted The Amazing Spider-Man (2012) and last year's The Amazing Spider-Man 2. He will also reportedly have a cameo appearance in Marvel's upcoming third Captain America film, Civil War.

The reboot of the reboot of Spider-Man will focus on Peter Parker as a high school superhero. The original set of Sam Raimi-directed films starred Tobey Maguire as the web-slinger.

Marvel Studios President Kevin Feige had revealed in April itself that the new Spider-Man would be a 15 or 16-year-old Peter Parker.

Way back in December, emails from the hacking operation on Sony had revealed that if Marvel made a deal with Sony for creative control, Andrew Garfield would be ditched.

Sony, which has owned the feature rights to Spider-Man since last 15 years, announced its partnership with the Disney-owned Marvel Studios in February to bring a new version of the fictional character to life.

Meanwhile, Tom Holland, also well-known for starring in the stage version of ballet tale Billy Elliot, is already practicing his acrobatic moves, if the Instagram videos posted by him in the past few days are anything to go by.