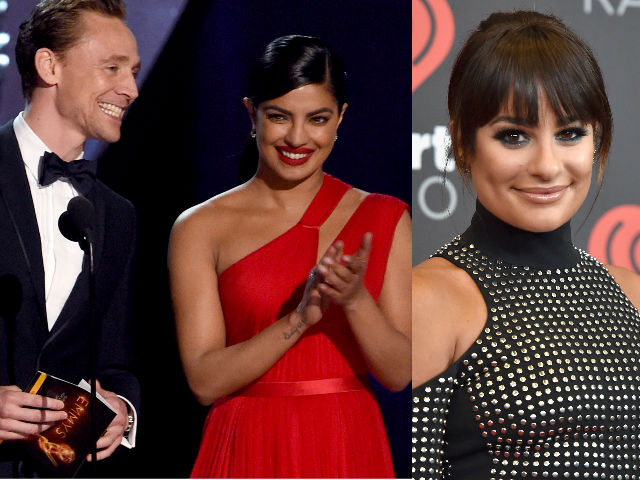 New Delhi: Adding fuel to a recent rumour on Priyanka Chopra and Tom Hiddleston, Hollywood actress Lea Michele recently said that she wouldn't want to date the Tom as "he loves Priyanka."

Currently single, Lea, while playing an impromptu fun game 'Who'd you rather?' on The Ellen Show was given a chance to choose between Michael B Jordan and Tom.

The 30-year-old actress, however, seemed reluctant to choose the High Rise star.

When the host hinted that he is single after breaking it off with pop-star Taylor Swift, the 30-year-old actress said, "He's got too much going on, I can't get with that. It's a lot. Now, there's Priyanka Chopra, he loves her, they were flirting."

Promoted
Listen to the latest songs, only on JioSaavn.com
For the unversed, Priyanka and Tom were spotted indulging in some open flirting at this year's Emmy Awards. Several reports of them getting cozy at the after-party of the event have been floating ever since.